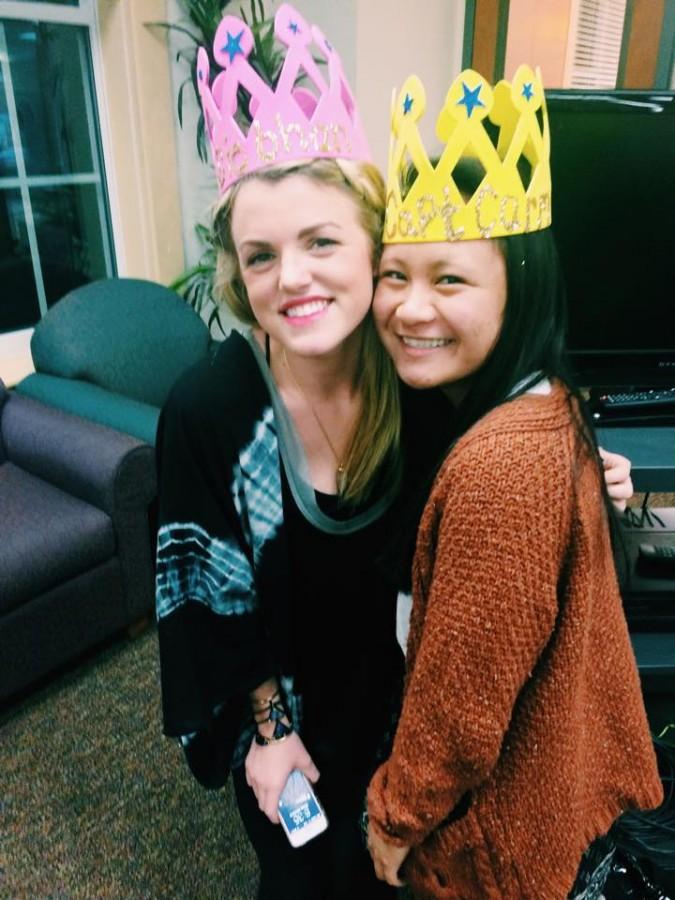 After a successful cross country season, senior captions Carmelle Kuizon and Siobhan Lynch are ready to lead the track team to more victories.

Last year was a successful season for AHN track and field. The team raced into first place at the 2A district meet and had two of their relay teams make it to the state level. With a new coaching staff in the process of being finalized the girls are ready for, yet again, a great season.

Earlier in the week I had the chance to sit down with senior captain Carmelle Kuizon where she discussed her goals for the season. Kuizon declared “Personally, I want to PR in the 400. I want to at least hit 60 seconds. By cutting my time down it will also help our 4×400 relay team to.”

Kuizon also has big goals for the team as they have big shoes to fill from seasons of the past.“ I would love to see as many events to reach the state meet as possible, especially the 4×400 and 4×800 because both of those relays have gone to the state meet for the past 2 seasons. Hopefully we will break more school records as well this year.”

I also got the chance to talk with senior captain Siobhan Lynch where she also expressed her goals for the new season.“My personal goals for this season are to break 47 seconds in the 300 meter hurdles.” Lynch also discussed her goals in helping the other hurdlers new to the team as she stated, ”I also want to be able to help out new hurdlers. Our old coach was a really good hurdle coach, but this year we don’t have one so I have to really take over and help the new girls learn how to hurdle!”

With a new staff of coaches, Lynch hopes her team will adapt well to the change. She stated,“ I also hope that as a team we are able to adapt well to a new head coach. Coach Ray is an awesome cross country coach so I am sure he will be a great track coach as well! It’s going to be a change, but I think it is going to be good for us as a team.”

The new season will kick off at Academy Tuesday, January 20th at 4:00pm where more detailed practice schedule will be provided.Those interested in participating should plan to meet head coach Ray Rodriguez and staff on AHN’s track.If you have any questions don’t hesitate to email Coach Rodriguez at [email protected]