Alabama-Clemson ranks one of the best playoff games 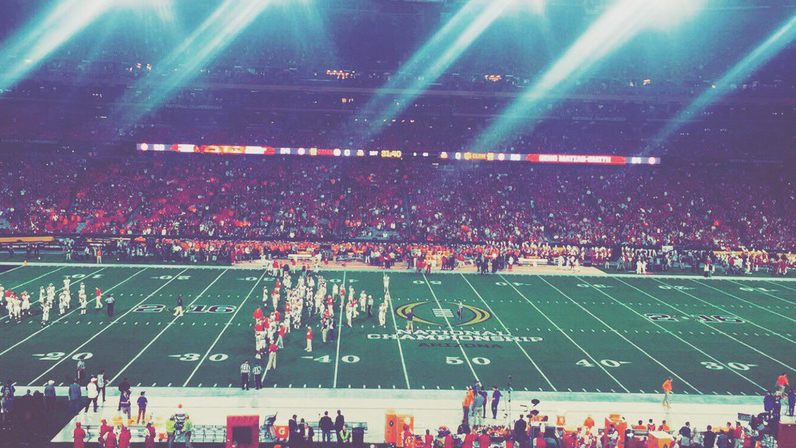 The Tide claims an overall record of 850-325-43 during 120 seasons, per the school’s official record-keeping.

Can you give an entire team (both of them) the MVP trophy? Heckuva game. #NationalChampionship

— Rod Walker (@rwalkeradvocate) January 12, 2016
Alabama’s team was filled with star players to say the least. There are 7 draft prospects on their team this year alone. ESPN covers each individual school and shows how likely it is of their teammates to get drafted.   Clemson’s team has 5 draft prospects currently. A majority of Clemson’s team is younger, and still has plenty of more playing time in the ACC. Clemson most definitely put Alabama by the test in the championship game though. With such a close, high scoring game, both teams were giving the game their all.


All it takes is ONE finger ☝?️ #CFBPlayoff pic.twitter.com/RCmiQt7XAP

— Darren M. Haynes (@DarrenMHaynes) January 12, 2016
After tying Clemson at 24-24 with 10:30 left in the fourth quarter, Alabama attempted and recovered an onside kick to retain possession and keep Clemson’s offense on the sidelines. Two plays later, quarterback Jake Coker passed a 51-yard touchdown, pushing the Crimson Tide into the lead with 9:45 remaining.

— ash (@AshleyLambert17) January 8, 2016
The Crimson Tide coach took one of the greatest risks of his career Monday night in the end of the fourth quarter.

And it paid off.

Nick Sabaan called a pivotal onside kick seconds after Adam Griffith’s tying field goal to win the game for the Crimson tide with a score of 45-40. This decision is not something Sabaan, a five-time national champtionship coach, is normally known for that now includes four national title in seven seasons and a fifth at LSU.

Clemson had held momentum for much of the second half. The recovery seemed to rejuvenate Alabama, but leaving Clemson stunned.