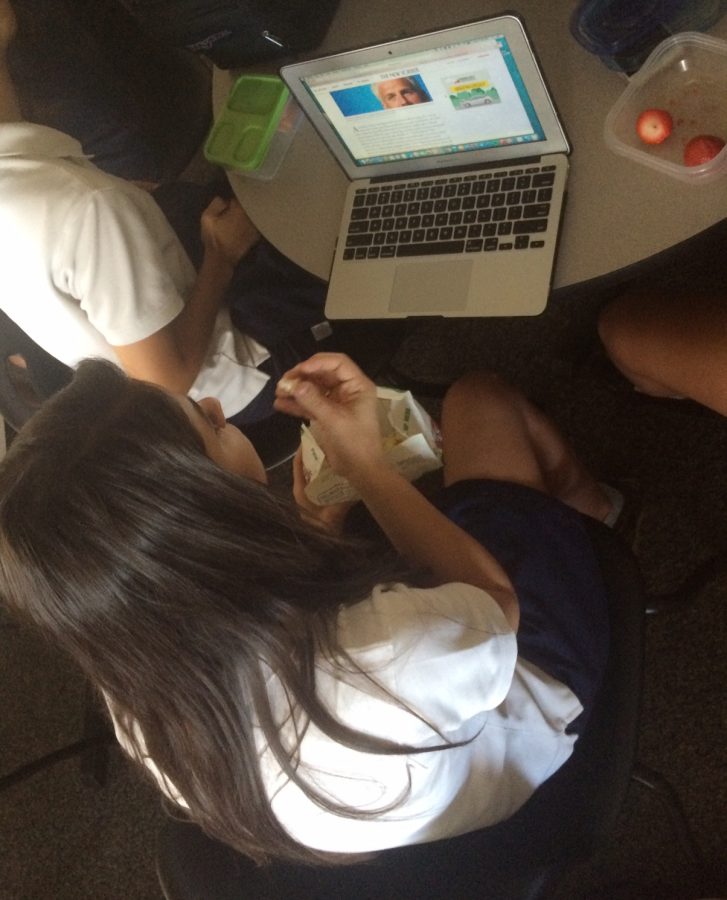 With new information surfacing each day about the Lochte scandal, AHN students have been keeping up to date with the news, and many have reacted in shock.

On August 14, 2016, reports began to surface that famous swimmer Ryan Lochte had been robbed at gunpoint after a night out in Rio de Janeiro with three fellow Olympic swimmers. However, shortly after conflicting reports came out that this robbery did not happen. Lochte’s mother issued a statement saying that her son was definitely robbed, and Lochte himself gave an interview that day where he disclosed his story in an interview.

By August 17, the news had spread that the Rio police had found little evidence to support the robbery claims. Additionally, two swimmers who were with Lochte that night, Gunnar Bentz and Jack Conger, were prohibited from boarding a flight back to the United States by the police. The police also requested for Lochte to remain in Rio, but by then, he had already returned home.

THIS JUST IN: USOC says American swimmers Jack Conger and Gunnar Bentz were removed from their flight to the US by Brazilian authorities.

“Lochte made an irresponsible decision and then lied about it instead of coming clean. I think he made a spectacle out of it rather than doing the right thing,” comments Sophomore Greta Dieck.

During the next day, the final story surfaced all over the Internet and social media. It was revealed that Lochte lied about the story. In reality, the swimmers vandalized a bathroom at the gas station, and that led to a confrontation with the police. However, there were no guns held to the swimmer’s heads as Lochte previously claimed.

Video surfaces of a U.S. swimmer breaking down a gas station door and fighting a security guard in Rio. https://t.co/vd5997xaba

Zoe Cuva, a Senior swimmer, comments, “He was a well respected swimmer and is one of the most recognized (behind Michael Phelps). However, he made himself look very foolish and now I think a lot less of him.”

Matt Lauer interviewed Lochte on August 20, and Lochte admitted that he fabricated much of the story. He claims that he was still intoxicated from the night before when he first told the story. Soon after, Lochte lost his sponsorship deals with Speedo, Ralph Lauren, Airweave, and Gentle Hair Removal. On August 25, Lochte was officially charged with filing a false police report.

Kayla Eckermann (11) states, “I think that Lochte made up this story to create attention for himself. I feel that he should have lost his sponsorships because no company wants that image to represent their company.”

It is not clear yet how much punishment Lochte will receive from the Brazilian government. However, his reputation is certainly tarnished.