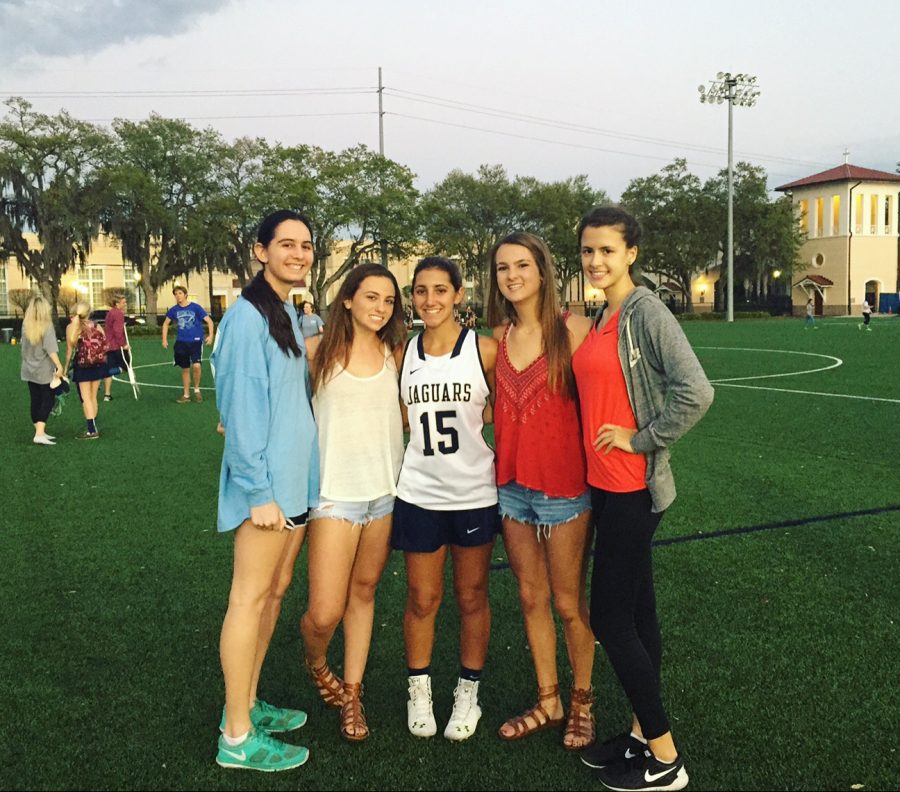 "I love when my friends come to my games to support me," comments Alyssa Muir.

Athletes practice endless hours preparing for season games and look for the support of their fellow Jaguars to cheer them on during both their tough losses and glorious wins. A sidelines full of familiar faces brings positive energy to the players and motivates their performance.

Senior softball player Alexis Miniet says, “There is nothing worse than walking onto the field for a big game and looking over at empty bleachers.”

Athletic director, Kevin Vargas, has created a plan he hopes will be successful in accelerating the athletic program. On August 22, Vargas held a meeting in the Brady Center to discuss his plans with representatives from each sport team. At the meeting he addressed a growing issue that AHN  games brought to his attention: attendance.

Vargas stated, “How can we expect students to come support our teams, when the other athletes aren’t attending the games?”

Senior Basketball Captain Alyssa Muir states, “I think it is a really good idea because it is important to get athletes to support each other. It makes all our hard work more rewarding.”

Maximum effort will be put forth to ensure every team is getting the recognition and support they deserve. Senior Volleyball player,Camille Opp, plays in front of a large crowd at Spike and Splash every year and can attest to the significant effect a crowd has on the players.

Camille says, “I got a huge adrenaline rush when I was on the court and heard a big crowd cheering me on. Hearing people scream my name when I scored was exciting and motivating.”

An energy filled crowd can have a great effect on a player’s game and motivation. It is important that Academy student’s come and support their fellow Jaguars and bring positive energy to their games.

Vargas states,“These athletes work so hard and deserve an audience of familiar faces cheering them on to victory.”

Vargas hopes the students will work together to make his plan to increase attendance at games a success.