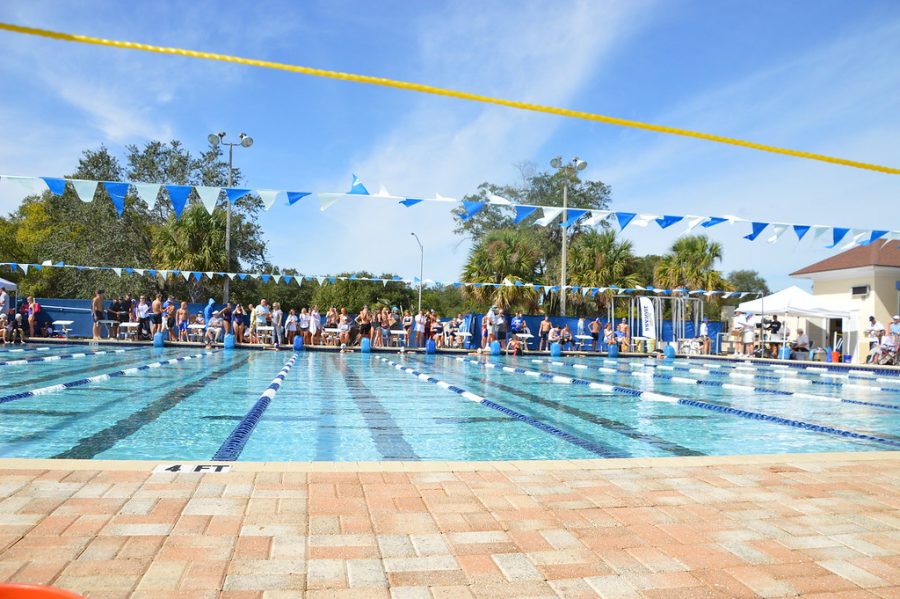 The Academy of the Holy Names' swim team will be trying for their second consecutive runner-up title at States.

Saturday Oct. 21, 2017, the Academy of the Holy Names’ swim team competed at the class 2A District Swim Meet. The team won the meet for the tenth consecutive year with a total of 696 points, beating their runner-up Robinson High School by 368 points.

Taulbee says, “The swim team has come such a long way, and our tenth consecutive District’s Title is an attribution to all of the hard work the team puts in, in and out of the pool.”

Hasara says, “I felt really pumped at districts and I was feeling prepared because everyone on the team was really supportive and I had really good competetors. There was a lot of pressure but I told myself to do the best I could do, and I did. Regions is a whole different story. I’m really nervous! Though I’m sure when I get up on the block I’ll be ready to race this weekend because the team will be with me and we’ll be cheering each other on.”

The next step for the swim team is the State competition Nov. 3 in Stuart, Florida, where they will be going to defend their state runner-up title achieved last year.