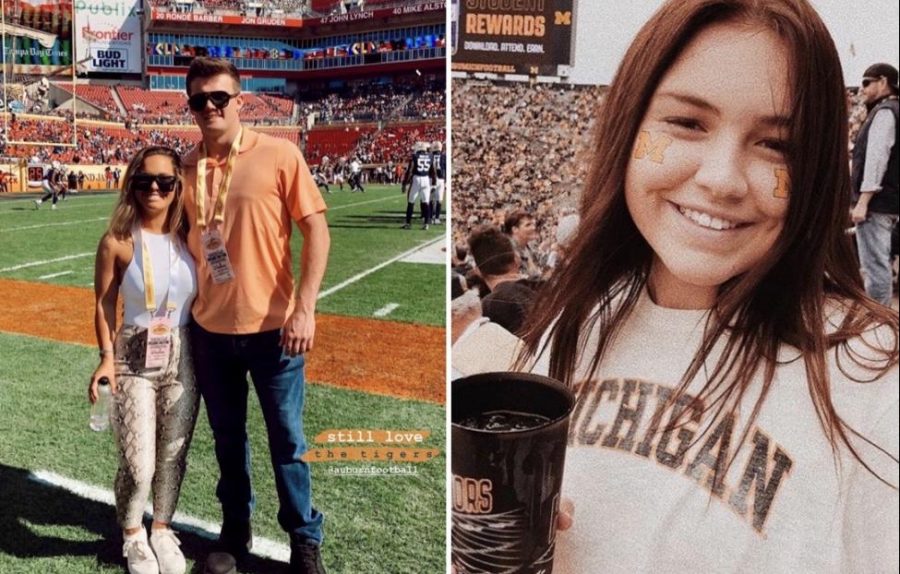 "Football is something that has always been known as a 'guy thing', but the reality of it is so many girls enjoy watching the game too and its about time society starts recognizing that," said senior Peyton Finn.

Imagine an NFL employee… chances are, you just imagined a man. Although there women staffed amongst the league’s 2,000 employees, they’re in roles such as legal counsel, medical adviser, and head of social responsibility. Within the actual game, the league only has one female ref, one assistant coach, and zero female scouts.

Even if football, as it appears, isn’t interested in women, that doesn’t mean women aren’t interested in football. 45% of the games fans and a third of its TV audience are women, and more women watched last year’s Super Bowl than the Grammy’s and the Oscars combined.

“My family are avid football watchers, and as we are majority women we realize there are not equal opportunities in the NFL for women to be represented especially in the sport itself,” said senior Ashley Mackinnon.

This upcoming season though, Jennifer King will make history becoming the NFL’s first female African American full-time coaching intern for the Washington Redskins. King is also the first woman to coach for the Redskins in any capacity. Before working for the Redskins, King worked at Dartmouth College, in the Alliance of American Football, and for the past two offseasons she served as an offensive coaching intern for the Carolina Panthers. King will mostly work with the team’s running backs and she will have all the responsibilities of a full-time assistant coach despite her title as an intern.

“I think this step is extremely significant to the female African American community because we definitely have a harder time in mostly male jobs, being a double minority and this step towards fighting for NFL careers in a league dominated by men is huge,” said senior Caylie Hubbert.

Females are being added to the coaching staff for many other NFL as well. Recently, Katie Sowers, who works as the offensive assistant for the Sanfrancisco 49ers, became the first female to coach in the Super Bowl. Additionally, our own Tampa Bay Bucs head coach, Bruce Arians, added two women to his full-time coaching staff.

In the future, hopefully the increase of females in male dominated jobs will continue with the initiative to bring gender parity to the NFL as a part of the “Rooney Rule”. This rule will institute a requirement to interview women for executive positions in an attempt by the NFL to encourage female involvement at every level of the sport.

“This “Rooney Rule” is a long-overdue step for the NFL. The idea that women are just now achieving equality within the sport with this rule is ridiculous, but i’m definitely glad that something is finally being done about it,” said junior Emmie Valdez.

“This “Rooney Rule” is a long-overdue step for the NFL. The idea that women are just now achieving equality within the sport with this rule is ridiculous, but i’m definitely glad that something is finally being done about it,” said junior Emmie Valdez.

Some skeptics say, “How can women coach when they’ve never played football?”. In fact though, something many people don’t know, there is a women’s tackle football league called the Women’s Football Alliance. Many of the women who have recently joined coaching staffs for NFL teams have played for the Women’s Football Alliance, like Jennifer King. Additionally, some of the best male coaches have never played in the game either, but for some reason this question has never been applied to men.