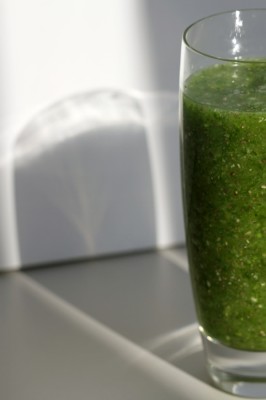 Juice fasts and other fad diets appear to be safe, but are they the best idea for teenagers?

I have always heard girls talking about the different diets they were on, how much weight they lost, how great they felt afterwards. I decided to do a version of the three day Fruit Flush diet to see if I would experience the same effects.

Kathleen M. Zelman says following any kind of diet for a few days should not create serious problems for most healthy people. However, the Fruit Flush diet claims you will lose nine to ten pounds in three days.

The Center for Disease Control says that evidence shows that people who lose weight gradually and steadily, about 1 to 2 pounds per week, are more successful at keeping weight off.

Maybe I just lack self-control, but I barely made it to break on the first day. All morning I was craving food with headaches and zero attention span. Depriving my body of the proper nutrients it needs to start the day was one of the worst decisions I could have made for myself.

Their answer to why diets do not work is because weight-loss and fad diets involve restricting food intake to levels which often leave a person constantly hungry, and in some cases, lacking the necessary nutrients they need to maintain physical health and energy levels.

In an interview with SADD co-president Cassidy Gourley, she said that one of their goals was to raise awareness for healthy eating in school. “Every year we have a healthy bake sale and we also participate in the annual NEDA walk. Our team works with the student body to raise money and awareness for the cause.”

In the article, Dieting Does Not Work, UCLA Researchers Report, by Stuart Wolpert, Traci Mann, UCLA associate professor of psychology and lead author of the study American Psychologist, reported in her study that people on diets typically lose 5 to 10 percent of their starting weight in the first six months. However, at least one-third to two-thirds of people on diets regain more weight than they lost within four or five years.

Gourley’s advice to girls who are dealing with self-image issues: “Be happy with who you are. And if you want to change, do it for yourself and do it healthily.”