Is consumerism consuming you this Christmas? 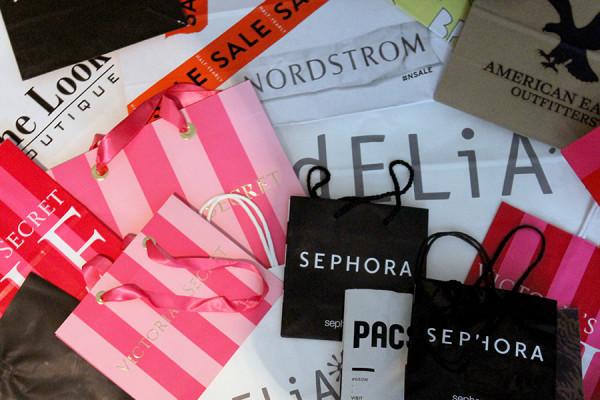 One death, one man stabbed, three people injured in shootings, and multiple scenes of chaos. No, this is not the plot of another Michael Bay movie. These are catastrophes from what Time Magazine calls a “fairly subdued” Black Friday 2013.

Thanksgiving is meant to be a day to give thanks and appreciate the blessings in life. Is America drifting away from the traditional holiday filled with family, food, and football? With stores opening earlier and earlier every year, should we be concerned that the original Thanksgiving is falling into the background?

The shopping trends from Black Friday reflect a change from years past. This year, the focus of the stores seemed to be aimed at the Thanksgiving weekend, rather than just Friday. Most stores opened their doors Thursday afternoon and continued until Sunday night (with new discounts popping up for Cyber Monday, too). According to CNN, Bill Martin (ShopperTrack founder) said, “the Black Friday shopping experience is changing, with more shoppers choosing to go out on Thanksgiving Day.”

“I like going because the deals are great and I get all of my Christmas presents for my family,” said senior Maddie Cahill. “However, I would never consider going shopping on Thanksgiving.”

Seniors Margaret Shumake and Kim Huber felt that Black Friday was not as impressive this year. Shumake remarked, “A lot of the stores did not have really good sales like they did last year, but overall it was decent.”

Huber noticed that “The sales were mediocre and lasted throughout the rest of the week anyway.”

ComScore reported that “Cyber Monday reached $1.735 billion in desktop online spending, up 18 percent versus year ago, representing the heaviest online spending day in history and the second day this season (in addition to Black Friday’s $1.198 billion) to surpass $1 billion in sales.”

As we progress further into the Advent season, we need to be aware of the real reason for the season. Instead of getting caught up in finding the perfect gift or planning the perfect party, take a step back to realize the significance of the holiday. We should do our best to remember the true meaning of Christmas, without allowing ourselves to be sucked into the consumerism surrounding it. Advent is a time of preparation before we celebrate the birth of Christ and the gift of family and friends.

Luke 2:11,14 says, “for unto you is born this day in the city of David, a Savior, which is Christ the Lord. Glory to God in the highest, and on earth peace, good will toward men.”

We, the Achona Staff, would hope that as Christmas break approaches, you take the time to not only focus on the presents you will recieve and give, but also focus on the real meaning of the season. The Achona Staff would like to wish you and your family a Merry Christmas!