Rape Culture: too close for comfort 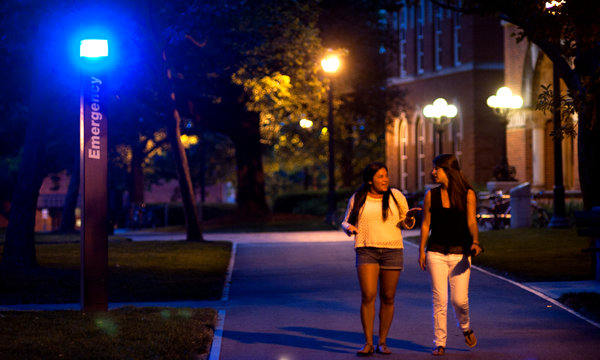 Rape Culture isn’t a new concept, in fact it’s been around for centuries; it was finally given a name by American feminists in the 1970s. Rape culture’s existence can be blamed on the role of women in society throughout history. Women have always been viewed as the “weaker sex”, existing only to marry a man and provide children for him. This primitive, sexist mindset objectified women in things like advertisement and movies until we began to stand up for our rights. However, even with the rise of women’s rights and empowerment, the danger of rape constantly looms.

By definition rape culture is: “an environment in which rape is prevalent and in which sexual violence against women is normalized and excused in the media and popular culture”(Marshall University Women’s Center). This culture is found predominantly in college environments, where young adults are just beginning to live independently. The novice college students aren’t used to being alone, and therefore make great targets for skilled rapists. These women are attacked and left to face their violation by themselves.

The rapists are often other male students attending the same college. They can be anyone, the quiet guy who lives down the hall, one of the star football players, even a trusted study-buddy. So what can women do to protect ourselves?

There have been multiple tools made to fend off sexual assault such as pepper spray, rape whistles, the on-campus-blue-light system, and even a nail polish that detects date rape drugs. Yet, why should we have to go this far? Society has adopted the teaching of “don’t get raped” instead of “don’t rape”.

One recent case at Columbia University tells the story of Emma Sulkowicz; a student who was raped in the beginning of her sophomore year and is determined to have her story heard. She intends to carry her twin sized mattress around wherever she goes until her rapist is expelled or leaves campus. “Her case, one of three individual complaints filed against the same student, was closed, and her rapist found ‘not responsible.’ She appealed, but it was denied and the decision was upheld.” explains The Columbia Spectator. This is what women have to do to be heard, and even then, the results are not sufficient.

In many other rape cases, the rapist is let off the hook because of status in sports or family. Even worse yet, when the rapist is convicted and charged, the media mourns the loss of the boy’s future career as a successful athlete or businessman. The reporters focus on the young man, crying on the stand for his loss of reputation and not the girl, dying from the inside because of the burden she now carries.

Earlier this month, popular rapper Cee-Lo Green tweeted:“If someone is passed out they’re not even WITH you consciously,” later adding, “People who have really been raped REMEMBER!!!” Popular music artists condoning rape is yet another part of rape culture, making others think that it’s only rape under specific circumstances.

These statistics were published by the National Center for Victims of Crimes. These are some of their key findings during their 2009 session. They were found on Master Man-Son-Hing’s “The Right Defense for Women”

In 2008, 88,432 crimes were reported to police on college and university campuses; 3 percent violent crimes.

Eighty-one percent of rape or sexual assault victims in 2008 were female.

The rate of sexual victimization in 2007 for people ages 16 to 24 was at least double that of every other age group.

In 2007, 41 percent of all sexual assaults occurred at or in the victim’s home.

A meta-analysis of 61 studies found that 18.9 percent of rapists were convicted for a new sex offense within four to five years.