Emma Waston’s UN address should be supported not threatened 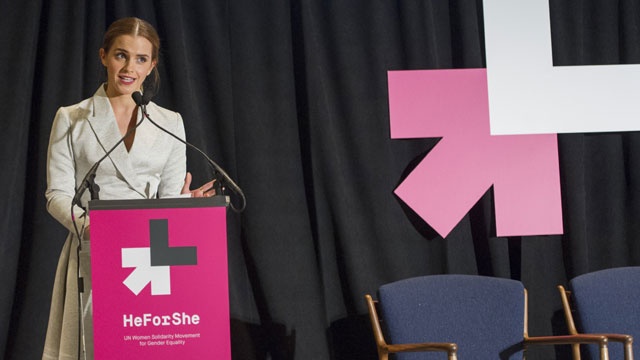 However, despite her efforts, she received a major backlash. The next day Watson received sexual threats from 4chan users who are counting down 5 days until the world will presumably see her leaked nude photos. Luckily this scam was a hoax, but comments flooded in, hoping that these photos would hinder Watsons “HeForShe” campaign.

The fact is, the two issues are completely separate. This is slut shaming. Why is it that majority of the hype occurs when women’s photos are leaked, rather than men’s? In both movies and in society men are praised for the the amount of women that they are able to seduce. Whereas women are scolded and looked down upon for such actions, labeled as sluts.

This is bringing up a matter that is completely irrelevant in an effort to stop the vocalization of an issue so crucial to the world. This is wrong and sexist.

Emma Watson has always served as a role model for young girls around the world. If her campaign is successful she will do tremendous good around the world. Vox news agrees that “Regardless of whether any photos are leaked, the threats against Watson are already an attack on all of us. And we should take it personally.” We as Academy girls should take it personally too. At the end of the day it doesn’t matter what others think as long as you don’t regret your choices.

“Heforshe” has struck a chord with popular male celebrities as well:

Joseph Gordon-Levitt made a video promoting the cause.

“I consider myself a Feminist & I wanna know what #Feminism means to you. Watch and contribute”

“@EmWatson you are impecable & extraordinary. I stand with you. I believe in gender equality #HeForShe”