The Gubernatorial Race is Finally Here 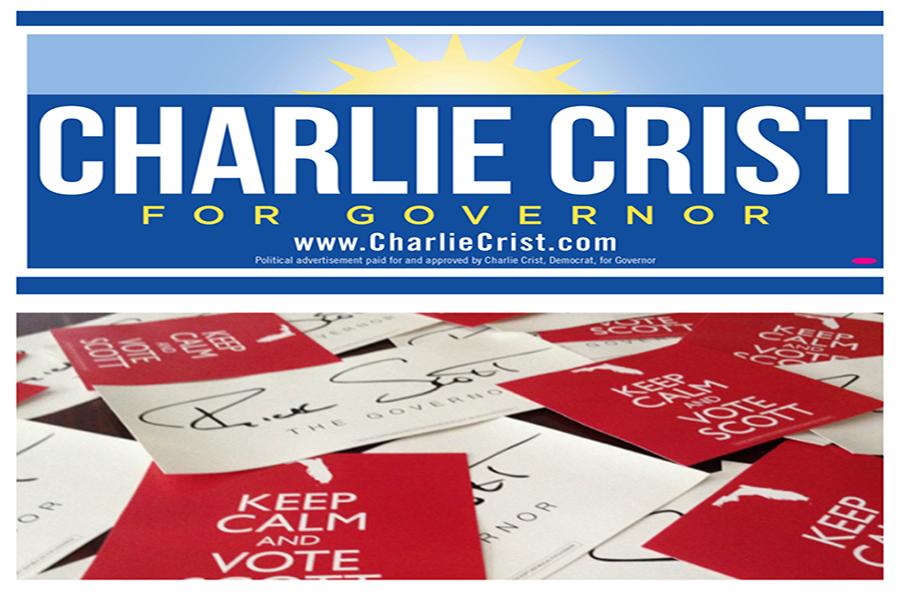 The election is here! If you're of age, make sure your voice is heard: VOTE!

#Fangate blew Florida’s gubernatorial race into headlines of news broadcasts and social media around the country, changing the polls and giving Charlie Crist a slight lead over Governor Rick Scott. #fangate was started at a debate between the two candidates over an “extremely peculiar situation,” said the debate monitor, Elliot Rodriguez, as the situation unfolded.

Charlie Crist apparently likes to have a fan with him to keep him cool when talking to his crowds, so when he had a fan with him behind his podium at the debate, Rick Scott was not happy because he was breaking the ‘no electronics” rule. Eliot Rodriguez stated that “Governor Crist has asked to have a fan, a small fan, placed underneath his podium. The rules of the debate that I was shown by the Scott campaign say that there should be no fan. Somehow there is a fan there, and for that reason ladies and gentlemen I am being told that Governor Scott will not join usfor this debate.”

About five minuets later, Rick Scott returned to the stage and Charlie Crist did not have to give up his fan. As to why Rick Scott reacted the way he did, no one truly knows why and is being debated.

Rick Scott’s campaign began to focus their efforts on what are called “fortress precincts,” or republican areas that didn’t vote in the last election. His motto, “Let’s Keep Working” embodies the purpose is his campaign.

We love our Governor! We are excited to help keep Florida working! #letskeepworking pic.twitter.com/J02LEDIsuR

Glad to have President @billclinton on our side. http://t.co/M9e726gFwJ

The “$50 million-plus commercial spectacle” continued to unfold a week before the elections, and it has been said that in the end the options are as such: Crist will win, Scott will win, or that there will be a rare and dreaded recount. Early voting has already begun and at this point in the race each candidate is going to have to pull off an amazing Hail Mary pass and hope it works, because since the #fangate debate, the race between Crist and Scott is closer than ever. It’s so close that Crist has taken the lead by .4% over Scott according to the Huntington Post poll. As of October 20, 2014, Crist has 42.7% of votes while Scott has 42.3%. Even now, in the final days of the election, the winner of the gubernatorial race is now at an even 50/50.