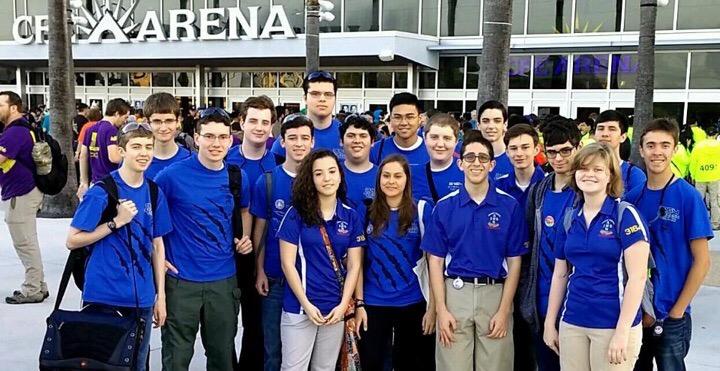 Students from Jesuit high school and Academy of the Holy Names just completed their 2015 FRC robotics season. Team 3164 was Founded in 2009 by Jesuit student Cole Schnitzer , who sought to continue participating in the FIRST robotics competitions despite his transfer into Jesuit from another high school. Stealth Tiger Robotics went on to create several FLL (elementary school) and FTC (junior varsity) teams in addition to its FRC (varsity) team.

The FRC season is kicked off in early January, when the teams are presented with the year’s new challenge. Since the challenge changes every year, there’s no way to expect how the season will go. The teams are tasked with a 6 week period in which to build two robots in accordance with the game’s challenge. One is used for in-house practice, while the other is bagged and sent off to the upcoming competition. 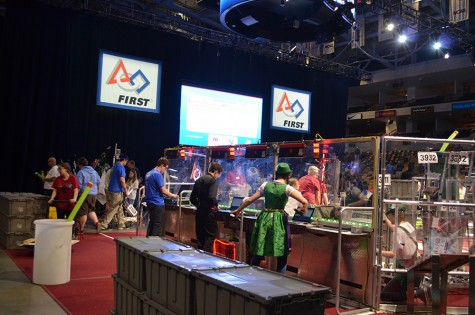 The 2015 FRC challenge was called Recycle Rush. In this game, teams form alliance of 3 robotics and work together to place as many plastic storage containers (called totes) on their scoring platforms as possible. Points can also be earned if the robot can stack an additional large trash bin (called recycling containers) placed on the already stacked totes. Up to 6 totes can be stacked at once, with containers at greater height earning more points. Alliances also earn points for throwing their marked “litter” in the the center of the field, or placing “litter” in or on stacked recycling containers. Alliances that leave “litter” lying around on their side of the field at the end of the match, not in scoring position, will add points to the score of the other Alliance. Many other rules come into play as well. (Source: usfirst.org) 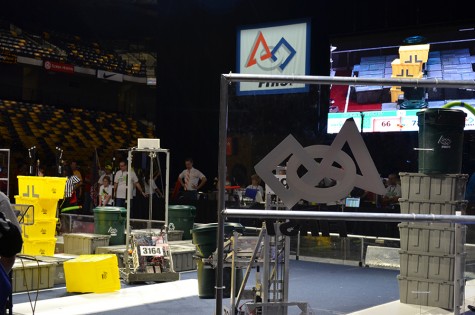