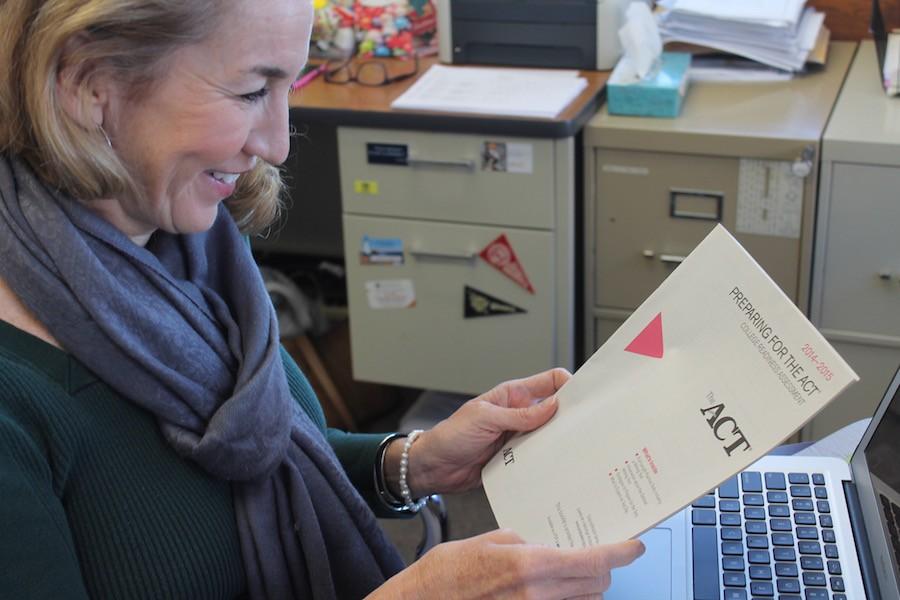 Class of 2017 counselor Kerry Keegan explains that the ACT prep has been scheduled for second semester because, “All studies show that students tend to do better on all standardized testing in the fall of their senior year.”

Beginning on February 1, 2106, the guidance department will be providing a free ACT prep course to Academy Juniors through the Princeton Review. The course will meet once a week on Monday or Tuesday during study halls with the goal of preparing the Junior class for taking the ACT in the coming fall.

College Counselor Kerry Keegan explains that the course will concentrate on the ACT because it is generally where Academy girls excel in standardized testing.

“We wanted to prep you for where you’ll be most successful.” she comments.

Although the class will have a relatively strict focus on the ACT, Keegan reports, “some of the test taking strategies that you learn can be applied to both tests [the new SAT as well].”

Keegan feels that test prep can sometimes be overemphasized, but she understands girls’ worry about feeling prepared.

“This is a really competitive environment so everyone feels like they have to do [test prep] to compete with their peers; that’s why we’re providing the class.”

Hopefully this class will be an antidote to the stress of beginning the college application process for Academy juniors. The goal is to prepare them while saving them a huge chunk of the time they would spend studying outside of school.

However, Keegan states that there will be a few assignments to complete outside of class.

“Princeton review recommends taking four or five practice tests throughout the semester [equivalent to 15 hours total].” she says. “Two of those practice tests will be offered here on Saturdays, but the other three will be on your own time.”

Keegan also adds that “Yes, there will be a little bit of homework, but it will be minimal.”

While the junior class is very grateful for this provision, the general concern is time management. Many girls have rigorous course loads and were depending on full weeks of study hall this semester.

Junior Cris Renner states that for her, the prep class is slightly redundant as she is hiring a personal tutor.

“I don’t want to waste my school time because there is barely any time for me to work on my independent study.” she says.

Junior Mary Kate Magyar acknowledges that the class may be beneficial for some, but she does not feel it should be a requirement.

“There are people who don’t need it, and they don’t want to be wasting their time when they might need the study hall, especially for AP exams in the spring.” she explains.

Thespian Sydney Sommer describes her packed junior schedule, explaining that she often will not get home from play practice until ten o’clock at night. She feels the ACT prep class may infringe on her study hall time and negatively affect her homework schedule.

Some juniors like Nicole Browne would have liked to fill their second semester study hall with another class in order to achieve more flexibility in her schedule senior year.

Senior Caroline Lamoutte encourages the junior class to enter the prep course with an open mind and a positive attitude. As she reflects back on her junior year, she admits that an ACT prep course could have helped “relieve stress” by getting students like herself familiar with the standardized tests.

“Why not take advantage of the resources being offered…especially if they’re free!” she questions.

Lamoutte advises that the class will help juniors “avoid unnecessary stress during senior year” and allow them more time and mental capacity to enjoy their last year at Academy!