10 Things You Won’t Believe Happened After Academy Was Founded 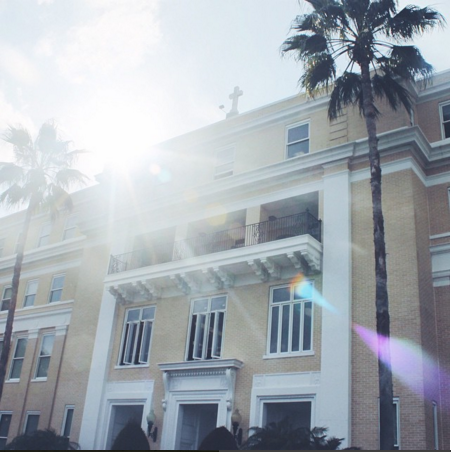 The Academy of the Holy Names was founded in Tampa, during the summer of 1881, by sisters Mary Augustine and Mary Maurice of the Sisters of the Holy Names with a loan of $2,500, a blessing from Bishop John Moore of of St. Augustine, and only thirty five prospective students. The late 19th century was a time of industrial advancement in America, accompanied by countless inventions and social changes.

With the lively, modern environment of Academy today, it can be hard to believe that the school has almost 150 years under its belt. It can be even harder to imagine what the Age of Industry produced after the inaugural students had set foot in the school. Here are ten historic things that did not occur until after Academy was founded:

1. The Statue of Liberty was constructed and displayed in New York Harbor (1886)

2. The first gas-powered car was invented by Gottlieb Daimler in Germany (1886)

3. Vincent Van Gogh painted Starry Night –one year after he cut his ear off (1889)

4. Average salaries increased to more than $300 dollars a year. According to historians John J. Newman and John M. Schmalbach, in 1890, 88% of families in America averaged less than $380 a year

6. The airplane was invented by Orville and Wilbur Wright (1903)

9. Women earned the right to vote with the passage of the Nineteenth Amendment (1920)