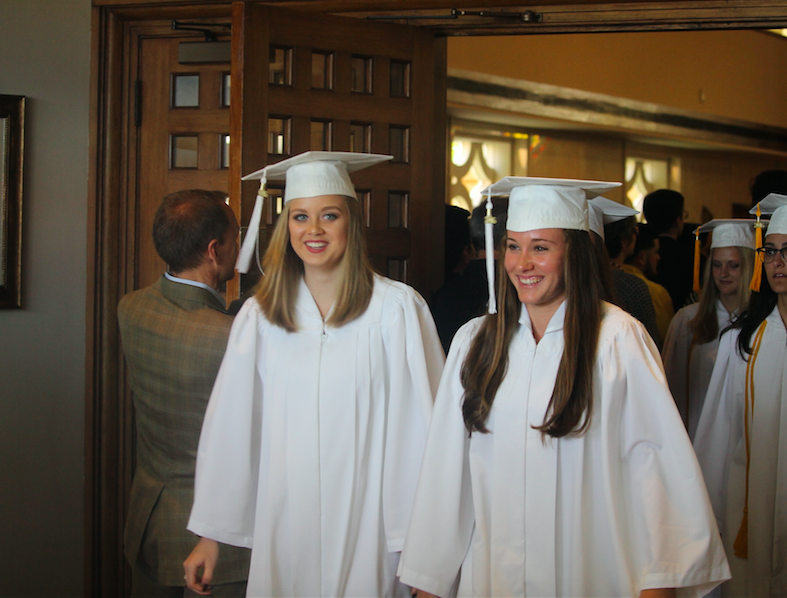 Baccalaureate Mass sends seniors off with the guidance of the Holy Spirit.

On Sunday, May 22, the class of 2016 attended their first of many graduation events- Baccalaureate. The mass was held at Christ the King Catholic Church, and was packed with family and friends. Like any graduation ceremony, it was bittersweet; parents especially, were emotional, but all reminisced on fond memories.

Gabrielle Tremonti stated, “When I was walking to my seat at Baccalaureate, the reality that I’m graduating and going to college in a few months hit me. It is all surreal.”

Dressed in their their white caps and gowns, the seniors processed down the aisle in pairs to their seats. The mass was conducted by Monsignor Toups, who is senior, Grace Toups’ uncle. In his sermon, he celebrated the Class of 2016’s accomplishments and how much they have grown since their first day at AHN.

“It was really cool that my uncle was a part of my Baccalaureate, and I was grateful that I got the opportunity to read,” said Grace Toups.

Lindsay Boos added,”I thought the sermon was so relatable and was a big help for me going into college.”

One of the most special moments during this mass honored Sydney Wynne, a senior sister who passed away two years ago on Christmas. Mr. Raimo presented Wynne’s parents with her diploma and a bouquet of flowers. In his homily, Father Toups compared the senior’s journey in life to The Wizard of Oz. He explained that the yellow brick road is the path that God has created for them, but their sister Sydney is already waiting for them at the end.

“My favorite part of the mass was when Sydney’s parents were given her diploma,” remarked Olivia Kirkpatrick, “Even though she is no longer with us, we know that she is there among us and I think that it is super important that we honor her.”

After the mass, the seniors filed out of the church and met up with family and friends to take pictures. 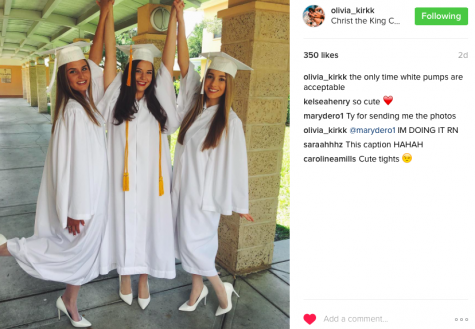