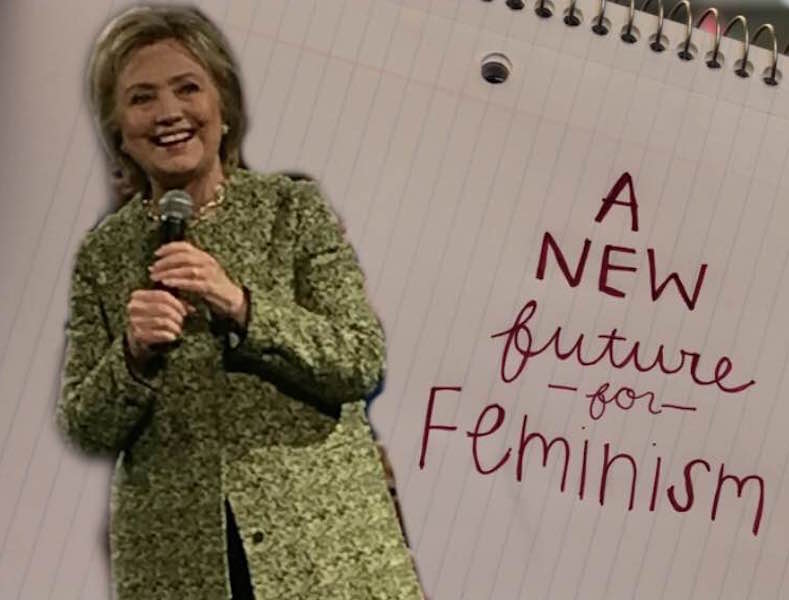 Hillary was the first First Lady to have a postgraduate degree and to be elected as a senator.

Now that Hillary Clinton has come so far in the presidential election process, it may behoove girls at the Academy to think about what her presidency could mean for women as a whole throughout the United States. What would change?

Studies have shown that women are less represented in the United States government than men. However, American.edu proposes that the discrepancy in representation is not caused by women being viewed as unfavorable to voters, but simply is a result of less women wanting to run for office. While young boys have grown up with 44 examples to empower them to strive to be next leader of this country, girls lack firm evidence that a political career (especially one that will result in the presidency) is a possibility for them. Hillary Clinton could change that mentality for future generations. Girls will grow up knowing for certain that they can excel in politics, which may consequently result in more women running for office. This could be the next step in increasing the representation of women in the government.

Furthermore, although female leaders have never given the public reason to believe that they are incapable of making decisions due to “excessive emotion”, this idea has planted itself in the minds of many American citizens. An article by the Huffington Post quotes Erika Falk who suggests that the media has historically and to this day portrayed women  as “unviable, unnatural, and incompetent, and often ignores or belittles women instead of reporting their ideas and intent.” Once again women in this country need to prove to the world that they ARE capable. Clinton could be the one to do it on such a great scale that those who ever doubted women will never underestimate them again. And let’s be honest, if anyone has acted rash in this campaign it would be Trump.

Hillary Clinton’s presidency is going to break the glass ceiling for women in the future who strive to be president. If elected, all Clinton has to do is not mess up monumentally. If she accomplishes this, the gateway for more women occupying the Oval Office will be opened for good. No longer will the citizens of the United States find it unconventional or strange to have a women running for office. Maybe then the media will finally focus more on their policy and suggestions for the country than what they look like or wear.

On another note, the president and the president’s spouse have traditionally been an example to the world of what the American ideal household looks like. In the past, that ideal has been one where the man has all the power and the important job, and the women takes up less important responsibilities. With Clinton as president, the world can finally see the truth about our country- that women can be and often are the member of the household with the influential job. For the first time, the US might have a “First Gentleman”. With this change, women throughout the country may be empowered to realize that their careers should not always come second to their spouses-for according to a story by CNN writer Sarah Jio, “It’s common for couples to place more emphasis on the man’s career.”

And finally, with a women in the Oval Office, the Equal Rights Amendment might finally be passed! The ERA simply affirms that the rights guaranteed under the Constitution are delegated to both males and females. It also states that Congress will have the power to enforce the amendment when necessary. Although this proposed amendment is nowhere near radical, it has never been ratified. In the past, this has been because it failed to be ratified by the required ¾ state legislatures before the deadline. If the bill is reintroduced, Clinton may be able to get the necessary momentum to finally ratify the amendment.

The real question is why a woman hasn’t been president before? For many, the idea of a female president seems like a new and exotic concept. However, countries such as Bolivia, Argentina, and Iceland (to name a few) all had female presidents in the 1900s. Perhaps the US needs to try something different, for if Clinton is elected it’ll be exciting to see where she takes the feminist movement.