Seniors Recollect Their Thoughts and Faith 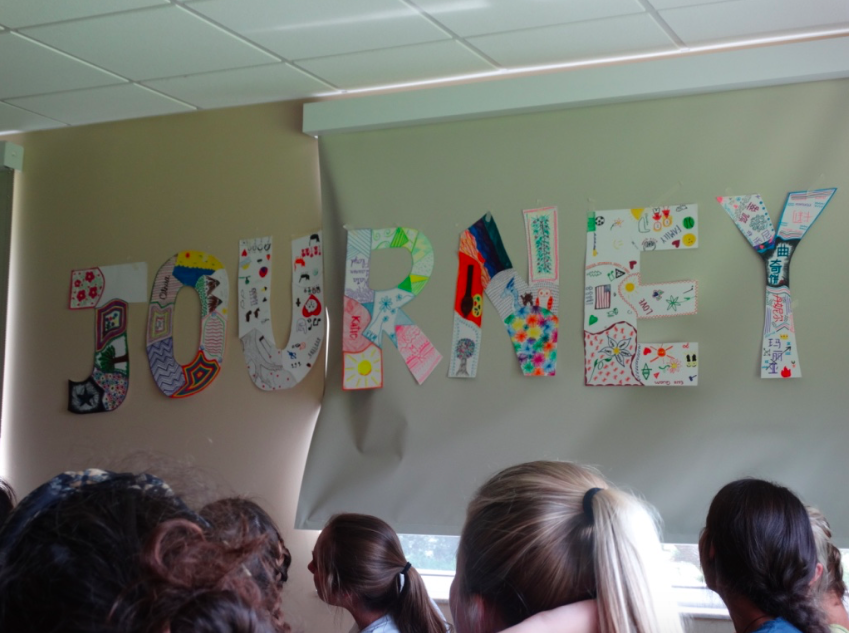 Credit: Sophia Mastro/Achonaonline. The Senior Day of Recollection was a powerful day of reflection for the Class of 2017.

On Friday, September 9, the class of 2017 boarded three buses to the Franciscan Center located on the Hillsborough River. AHN Campus Ministry’s Katie Holland led the retreat and guided the seniors through their day of recollection. The morning began with a prayer lead by Holland, which was followed by a personal reflection read by Anne Marie Yatsula.

Yatsula began her reflection by stating, “It’s difficult to find the words to adequately describe the summation of four years- let alone four years with the best 108 people I know.”

Senior Lindsay Calka comments, “her reflection was a perfect tribute to our class. It was a sweet reminder of how much we’ve grown together and what makes our sisterhood unique from other grades.”

Following the reflection, the students gathered in small groups to complete a coloring activity where they were given a box of markers and a coloring sheet. Some boxes contained a variety of color and others contained one color in various shades. They were then instructed to create the most unique drawing they could with what they had. Students were able to overcome the obstacle by being creative in regard to what they chose to draw. One specific example is Marie Dela Cruz’s “Harainbow”, where she turned the rainbow into a picture of the beloved Gorilla Harambe, a class favorite.

The AHN seniors were surprised with an appearance of Class of 2013 Academy Alumna, Alex Diaz, who spoke about the college process and the importance of spending time with family.

Alex Diaz stated, “When your parents ask about your day, they are asking because they really care about you and want to know what you are learning. Take the time to tell your parents about your day at school because you will miss having them around when you are away in college.”

The Seniors reassembled into their small groups for another coloring activity involving puzzle pieces. Each group was given a piece of the puzzle, and individual students colored their pieces with images to describe themselves. Then the girls joined their pieces together to create a whole letter. In the end, all the groups combined their letters and created the phrase: “Be the Joy for the Journey”. You can now find this phrase taped up to a wall in the senior lounge.

The activity was followed by a mass lead by Fr. Chuck. During the mass, the seniors sang their hearts out and blessed the mass with a beautiful a capella performance.

Following the Mass, Academy seniors shared a nice lunch around the grounds of the Franciscan Center. Many girls sat outside and shared memories of their high school experiences with their classmates.

After lunch another personal reflection was read by Senior Anna Padron, who spoke about the importance of supporting each other. Padron used her personal experience from her project, Caps for Love, to demonstrate how the support she felt from her sisters has impacted her significantly.

Padron stated, “The way I felt when I walked into a classroom full of girls giving their time to help support my project is a feeling I will never forget.”

The day came to an emotional end after a closing prayer read by Katie. Holland. The seniors boarded the buses back to Academy with positive thoughts and a memory they would never forget.