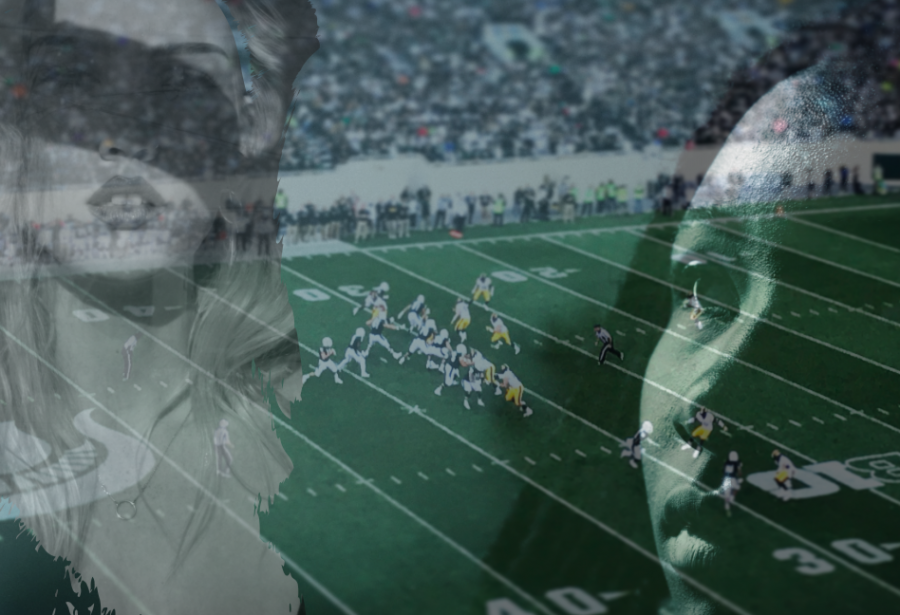 1.5 million people across America are victims of trafficking.

The Super Bowl that took place earlier this month calls attention to a darker aspect of the big game. USA Today claims, “It’s commonly known as the single largest human trafficking incident in the United States.” Although the connection between the Super Bowl and human trafficking has been an ongoing issue for almost 10 years, many fail to realize or even acknowledge it.

“I had no idea human trafficking was related with the Super Bowl,” says Maria Kynkor (’21).

The great influx of out of town fans coming in to support their team opens many avenues of opportunity for criminals to lead in trafficked victims. With a larger population, trafficking operations are easier to hide.

The @Patriots.
The @RamsNFL.
Super Bowl LIII in Atlanta is SET.

Cities and even the federal government have recognized and attempted to combat the issue. According to NPR, “for the last several years, every city that has hosted the Super Bowl has waged an aggressive campaign against sex trafficking.”

According to CBS, the FBI held an operation to prevent trafficking leading up to Super Bowl LIII. There was “169 arrests, including 26 traffickers and 34 people attempting to engage in sex acts with minors.” In the lead up to Super Bowl L, 750 were arrested by federal police in sex-trafficking sting operations.

The idea of “party culture” also comes into play as part of the problem. With thousands of people consuming alcohol, activities can get out of hand. Wanting to continue the party even after the game ends, many more men are willing to pay for sex. Trafficking operations therefore go where there is demand. Thus, victims are transported to the city where the big game will be held.

“There are a lot of die hard fans that travel to see either the football teams who are playing or the singers who are preforming in the halftime show. All of which, is creating chaos. This is especially so with the incorporation of newer, more relevant artists. People like Travis Scott, who sang this year, will draw bigger crowds,” says Leah Solomon (’20).

Maroon 5 and Travis Scott got on stage at the #SuperBowl half time show #CapitalReports pic.twitter.com/P8zK9imuKf

English teacher Dr. Lauren Oetinger carried the discussion of sex trafficking during the Super Bowl into her honors and AP classes as part of an effort to incorporate current events into the classroom.

“In my class we talked a lot about how the Super Bowl opens a lot of avenues to sex trafficking. It is a lot of out of town people coming into town, which means a lot of networks working to traffic girls in and out. We also talked about how it would be beneficial to not legalize sex trafficking, but to instead legalize prostitution so that it is in the light, and that prostitutes have proper protection so they will not be getting abused or beat up,” says Tress Jacobs (‘20).

Despite continual reports, the NFL refuses to acknowledge the issue. The League continues to deny all reports that connect the events with an increase in trafficking. According to Sports Illustrated, “NFL spokespeople repeatedly have called the connection an urban legend.”

The NFL claims that there are no striking reports that show a big enough increase in trafficked victims. The problem, however, with this response is that most trafficking lies under the radar. Reports can only reflect criminals that have been caught or victims that have come forth. Just because the problem is largely undocumented does not mean it is nonexistent.

According to the Huffington Post, “Experts say that the sheer number of men looking to pay for sex substantially increases demand and the massive crowds allow for pimps and victims to essentially go unnoticed.”

Super Bowl: 33 arrested for sex trafficking in Atlanta ahead of game https://t.co/OXEcnlTEBO

The question is: does the NFL have a responsibility to fix the issue?

“I do think the NFL has a responsibility to the communities they bring the Super Bowl to. Responsibility can look different ways. I think any organization that brings a large event to a city — not just the Super Bowl — has a responsibility to the community. Whether it is to speak out directly against human trafficking, or to donate money to the organizations involved with detecting, preventing, or whatever the right word is. Is it their fault that this happens? No. But they become complicit when they are silent — when they do nothing to stop it,” says Oetinger.

Some disagree with Oetinger in terms of the issue being the NFL’s responsibility. However, most do agree it needs to be resolved.

“I don’t think the NFL has a responsibility to handle it, but they definitely should take the initiative to do so. This should be considered a moral issue. It is frustrating and sad that they do nothing to stop it,” says Jacobs.

Religion teacher Brian Butterly believes the NFL should use some of its advertising to make both the fans and residents of the Super Bowl city aware of the problem.

“Certain organizations should attempt to show or bring this issue up to the NFL. A heightened awareness would be a very important thing in the NFL’s advertisement for the superbowl. It might be a great service announcement that the NFL can do,” says Butterly.

While the Super Bowl is recognized by some for its human and sex trafficking, it is not the only large sporting event to blame. Competitions such as the Olympics, World Cup, and other well-known celebrations see a peak in trafficked victims. In 2016, the U.S. Senate released a report stating that the majority of trafficking victims are children.

How can this issue be resolved?

Considerable steps can be taken to fix the problem if the NFL would contribute. They, and other organizations that host large events where trafficking increases, should acknowledge the problem and state their stance on the issue. As expressed before, the NFL could possibly use their large market to advertise ways for fans to look out for trafficked victims. As for their second option, they can simply donate part of their proceeds to organizations working against human and sex trafficking.

Tampa will host the Super Bowl for the fifth time in 2021. However, the city already has high human trafficking rates. According to the Florida Dream Center, “Florida is third in the nation for human trafficking across the U.S. The Tampa Bay area, including Pinellas County, is one of the greatest problem areas in the state.” With the big game coming home soon, the bay area can start now to raise awareness, thus preventing a further increase in trafficking.