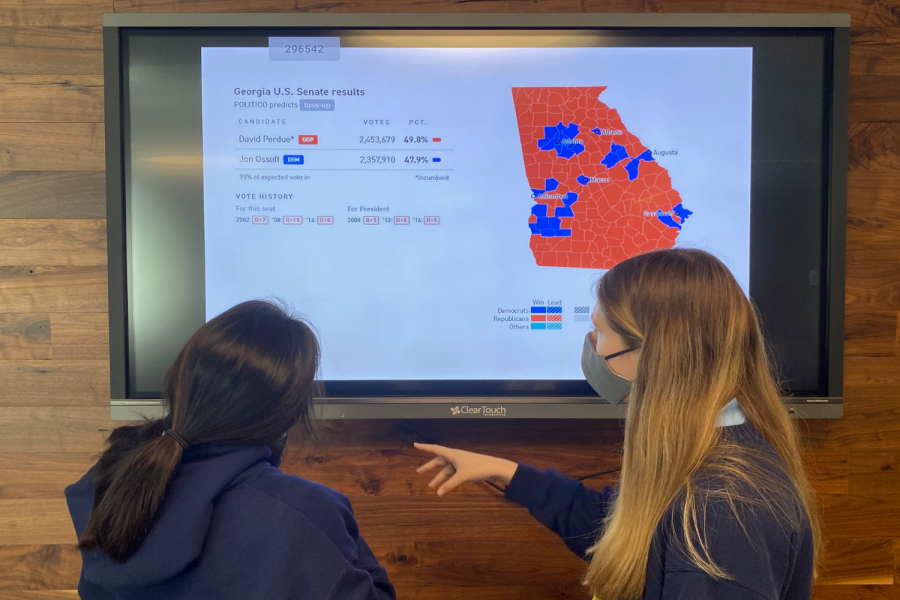 The Washington Post estimated that all votes in the runoff were counted within six days, which was much quicker than was initially predicted.

In this episode of Achona: Beyond the Articles, Managing Editor Emara Saéz and Sophomore Staff Writers Isabel Bequer and Kimberly Egoavil dive into the timeline of Georgia’s two Senate runoff races involving David Perdue (R) versus Jon Ossoff (D) and Kelly Loeffler (R) versus Raphael Warnock (D). These two races caused national attention to focus on Georgia because they determined majority control of the Senate. As discussed in this episode, the two races broke in favor of the Democratic candidates, meaning Joe Biden will go into his presidency with a unified government. The staffers discuss the implications of this, the history made by the outcome of the races, and what happens now that the races have been called.