“Ground Zero Mosque” is a misnomer 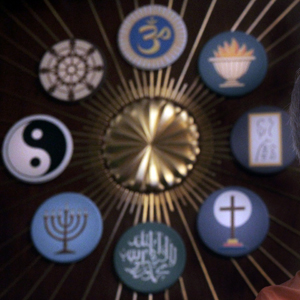 A couple of months ago it was impossible to pick up any major newspaper without seeing the headline: “Mosque Being Built at Ground Zero.” You may have read the headline, walked away thinking, “Wow, kind of disrespectful.” If that was you- you missed out on some important facts. Luckily for you, I am here on my figurative soapbox, ready to clear up any misunderstandings.

Secondly, the “Ground Zero Mosque” is not actually a mosque. The sounds of prayer being called will not ring through lower Manhattan, nor will minarets top the building. The Cordoba Center is in fact, a cultural center. An Islamic YMCA, if you will. Sports, after-school activities, and, yes, prayer will take place there. But calling the Cordoba Center a mosque is inaccurate and misleading, and is likely the reason so much controversy as surrounded the building of the center.

Understandably, the tragedy of September 11 is still fresh in the minds of many Americans, even those of us who were barely old enough to understand the immensity of what we were seeing. But this tragedy should not instill in the public a fear of Islam, though I’m afraid to say that I believe it has. We also cannot forget that it was not only Christians or people of Jewish faith who died in the 9/11 attacks; people of all faiths, including Muslims, died and their families should have the opportunity to pray for them and mourn their loss. Islamaphobia has swept our country since the 9/11 attacks, and has increased due to our occupancy of Iraq and Afghanistan. The wars and the attacks are not something I suggest we forget, but I am asking you to remember that the people who attacked our country are extremists, and not every person with a long beard or a turban is one.

As we have learned in every religion class ever taken, stereotypes and generalizations are hurtful and wrong. Moderate Muslims do not want to be seen as extremists, just as we would not like to be associated with the Ku Klux Klan or Reverend Terry Jones who wanted to burn the Quran. Freedom of religion is a right in the United States, and we cannot pick and choose who has these rights.