Hooked on the Internet? Are you steering your own ship? 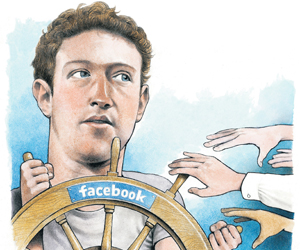 In the time-honored tradition of Alcoholics Anonymous, I recently entrusted my fate to a higher power — specifically, to a new software program that shuts off my access to the Internet for a designated time.

I finally had to acknowledge that I was helpless in the face of my addiction, which has had me, especially in recent weeks, tapping my e-mail “refresh” button like a lab rat trying to get cocaine.

I know I’m not alone in my hardwired weakness for novelty. Yet while constantly seeking out new things was once a helpful instinct that alerted us to new foods, mates or danger, it’s now a siren’s call to being chronically overwhelmed. Even bestselling novelist Jonathan Franzen recently confessed to using superglue to block the Ethernet connection on his computer.

Like Franzen (OK, maybe not quite like Franzen) I have a new book out, which has raised my chronic level of Internet checking several-fold. Why labor over a metaphor when I can check my moment-to-moment ranking on Amazon? Why struggle with a transition when Google Alerts may be telling me at this very moment that my book was featured on yet another tiny blog?

What makes it all worse is that my publisher has encouraged me to leap into the mind-sucking Internet vortex: to put up a Facebook page and post on it regularly, to join LinkedIn, send e-mail “blasts” and tweet away. And this raises a particular problem, in that my book chronicles my yearlong effort to curb extraneous distractions so as to focus on what’s truly important.

Time-wasting, procrastination and the appeal of putting others in charge of our productivity, with deadlines and other kinds of whip-snapping, didn’t start with the invention of e-mail. As James Surowiecki notes in a recent column in the New Yorker, Victor Hugo used to work in the nude, telling his valet to hide his clothes so as to prevent him from going outside when he was supposed to be writing.

Today, I’ve got a virtual valet, courtesy of Fred Stutzman, who came up with the Internet-blocking program, called Freedom, as a graduate student, when he needed to finish his dissertation. For a one-time fee of $10, you can tell it to shut off your portal to the outside world for up to eight hours, and are discouraged from cheating by the fact that disabling it requires you to boot up your computer anew.

Stutzman has since sold his program to more than 75,000 people, and gone on to design a new venture, called Anti-Social, which, for $15, shuts off your access to top time-wasting sites including Facebook, LinkedIn, Friendster, StumbleUpon and even EHarmony, DateHookup and OkCupid. “You’ll be amazed what you can get done without the distraction of friends,” he promises, without any obvious hint of wistfulness.

I once dated a guy who amazed me by his ability to ignore a ringing phone. Embarrassing as it is to admit, this was in the days before everyone had an answering machine. In the years since, technological progress appears to have overtaken intellectual evolution, however, setting us up for the ironical emergence of programs like Freedom. If we can’t beat computers, why not put them in charge?