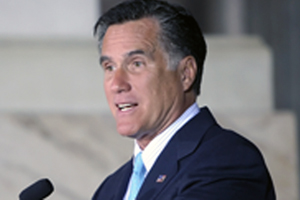 After months of battling his fellow Republican candidates, Mitt Romney has emerged as the last man standing for his party’s nomination. Battered but not broken, he successfully withstood the attacks posed first by Newt Gingrinch and then by Rick Santorum. Now, Romney’s team can focus its energy on defeating its most formidable challenger, President Obama.

Just days ago, Rick Santorum removed himself from the Republican primary race. A favorite among hardline conservatives, Santorum failed to maintain his momentum among the general Republican electorate. Furthermore, he lost to Romney in states like Wisconsin, where he should have been able to win handily. The ill health of his daughter, Bella, also contributed to his decision to leave the race.

With all eyes on Romney, the candidate finally has time to energize his base and shore up support among demographics where he is sorely lagging. From trying to counter criticisms that he is not a true conservative, Romney has channeled his energy into criticizing President Obama’s policies. Political advertisements linking Obama’s energy policy to the rising gas prices have been his more recent attacks in this vein.

Romney’s camp has also attempted to position the candidate in a better light among women, a group which has yet to warm up to him. Through seizing upon a comment made by a Democratic official about Mrs. Romney’s lack of paid work experience, Romney’s team has attempted to paint Obama as something of a misogynist.

The choice of a vice presidential nominee will also afford Romney a way to appeal to demographics which favored Obama in the 2008 election. There is speculation that Romney might make a “game-changer” move in a VP pick, much in the way that Senator McCain temporarily galvanized his base in the choice of Sarah Palin. Senator Marco Rubio, a Cuban-American who represents Florida, is a very likely choice if Romney aims to appeal to America’s growing Hispanic population.

Romney must also tackle the issue of his lack of basic appeal to voters across the political spectrum. Instead of being the candidate known for flip-flopping, Romney must convey a sense of reliability to voters. With the Republican National Convention looming nearer, he has a lot of work to do.