What constitutes “crossing the line” for paparazzis? 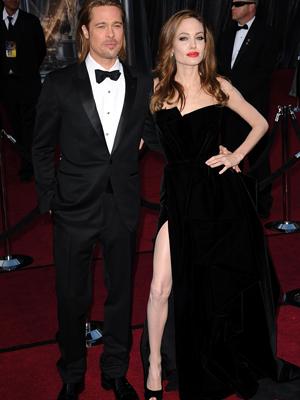 If you flip through the pages of any popular magazine, you are bound to see unflattering images of celebrities sprawled across pages accompanied with juicy gossip. The recent celeb-hacking scandal occurring in Rupert Murdoch’s media empire only shows that the media’s lack of respect for the privacy of public individuals has reached new lows. With stalking stars becoming  commonplace among the paparazzi,  many observers wonder what now constitutes crossing the line.

These days, celebrity privacy seems to be nonexistent. We know what dress Angelina Jolie is wearing, where Madonna eats lunch, and even where Johnny Depp lives when he’s in Paris. Many people feel that the public status of celebrities makes them entitled to know the intimate details of their lives. Although celebrities are viewed differently, they suffer from a lack of privacy in the same way that everday individuals do. The tragedy that struck the Windsor family as a result of the paparazzi’s dogged pursuit of Princess Diana only proves that celebrities have the same right to privacy as everyone else.

In order to prevent further tragedies from occuring, governments should implement laws that would secure the same constitutional rights to privacy that private citizens enjoy.  No one wants to wait until another star falls prey to the predatorial modern press. Too many stars have already crumbled under the relentless light of the cameras. Creating guidelines forbiding such activities would allow the government to prevent deaths and protect celebrities from safety violations.

Recently, celebrity privacy was taken to a new low. During the funeral of famous singer, Whitney Houston, paparazzi took photos of her deceased body. This photo was sold to a magazine and published for the whole world to see, creating more pain for her family and friends. Some members of the media called this picture “beautiful” and a “work of art” while other members called the publication “tasteless”.

It seems that nothing is “off limits” anymore. As soon as celebrities leave their homes, they are mobbed by paparazzi. They have no time for themselves. A simple visit to the grocery store can become miserable because of  paparazzi.  Brittany Spears was sighted by the paparazzi while on her way to the pet store with her family As she tried to leave, photographers swarmed her car, causing her to accidentally hit one. This should serve as a lesson for the paparazzi to understand that celebrities need private time with their families.

Although celebrities are human beings and deserve the privacy rights that we have, they often put themselves in the limelight. Stars appear  in Oscar-winning movies and record songs that become hits instantly. People look up to celebrities, wanting to know their latest trends or where they they enjoy eating, so they can be just like them.  Celebrities can be recognized in magazines and through other forms of media. However, they are not often recognized for their charity work. But still, how much should we know about actors’ and singers’ private lives? Would we want others to know that much about our own lives?