A Simple Request– It Should not be this Hard! 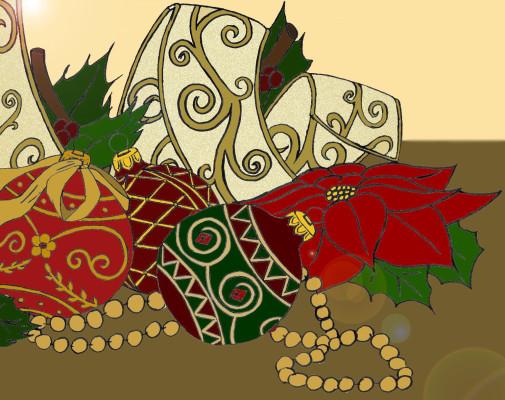 She balled up the sheet of paper and threw it away in disgust to join the growing pile in her backpack that was serving as a trash can. Angrily shoving the pencil into her pencil case, she folded her arms on the desk and put her head down in despair.

“This shouldn’t be this hard…” she groaned into her uniform sweatshirt while shaking her head.

She halfheartedly lifted her head and tried to focus on the math lesson she was supposed to be listening to.  Perhaps allowing her mind to numb at the monotone sound of the teacher, and hearing the theorems and rules of the subject she would most likely forget by next class would take her thoughts off her worries.

She had no such luck.

Instead of taking notes like she was supposed to, her hand wandered to the top corner of the page and began rewriting the message she was trying to correctly phrase.

…what I really want ask of you is…

She quickly scribbled it out and hid her face in her palms. This just simply had to stop, but she knew it would not until he knew.

She heard the tone chime signaling the end of class. Standing up, she prepared to leave the classroom with a few of her friends, when her teacher stopped her upon reaching the door.

“You don’t look so well. Is everything alright?” The teacher spoke with mild concern.

She cringed. She thought she was hiding her feelings fairly well. But then again it must have been taking a toll on her; she looked more sluggish than usual, she seemed to lose focus much easier, her usual charisma seemed dulled significantly.

Shifting her bag to her other shoulder, she gave the best smile she could muster. Participating in performing arts has taught her some pretty useful skills. “I’m fine. You know. Got exams biting at my ankles.”

“Well if you need any help with math…” she started to tune the teacher out, finding the advice irrelevant to her predicament.

Math was the least of her problems; at the moment it was words that were failing her.

She nodded absentmindedly at her teacher when she thought it was appropriate while she continuously  fiddled with words in her head.

“…so don’t worry about exams, okay? You’ll be just fine,” Her teacher finished her speech. “Besides, the bell rang, so I’m sure you want to go home,” the teacher winked and guided her out the door. “See you tomorrow.”

This was tiring her out more than she thought.

She trudged down the stairs to the school courtyard and collapsed on one of the benches. Using her backpack as a pillow, she planted her face on the bag hardened by many books and let her hair fall as it pleased around her head.

“This shouldn’t be this hard!” she whimpered again.

All around her she could hear the conversations of other girls.

“Oh my gosh! He said he would do it!” exclaimed one.

“I have so much to do before the day comes…oh but exams may get in my way…cursed electives…” mused another.

“It’s going to be so much fun!” she could hear the excitement in this voice.

“What should I do? He said he couldn’t…I probably can’t go at all now.” That voice was drenched in sadness.

She couldn’t bear to listen anymore; it was making her feel nauseous.

Sitting up, hair reflecting her distraught mood, she saw one of her best friends meandering to the pick up line.

“Jessica!” she cried out, waving at her to get her attention.

The girl smiled at her friend, “Hey you.” Jessica smoothed her friend’s hair, “You look like you’ve seen better days.”

She rolled her eyes, “Do I look that bad?” She rubbed her eyes hoping to wipe the fatigue from them.

“Yeah. That and you look like a lost puppy. What’s wrong?” Jessica placed her hands on her hips expecting an answer.

She shut her eyes in embarrassment, “I haven’t asked yet…”

Jessica opened her eyes incredulously, “You’re kidding! What are you waiting for? You cannot wait until the week before! He needs time to get ready too you know!”

She absentmindedly started twisting her hair about her finger. “Haven’t found the right time…or way…you know?”

Jessica let out an exasperated sigh, “You’re always doing that; stressing yourself out over nothing. You’re pretty creative and talented so I’m sure you’ll think of something.”

“Mmm, I’d rather not. I’ve already done so for another occasion.”

“You’re a great writer. Do something with that. A poem, perhaps?”

She pondered on that for a minute. “Yes. Yes I can do that. But a poem? I don think I can–”

Jessica slapped her on the back good-naturedly. “Oh hush, you! You have work to do so get busy, got it?” Jessica did not wait for an answer as she began walking away, “I gotta go.  Good luck! I know you can do it!” she urged.

She waved and watched her friend walk away.

Her hands were extremely sore, from writing.

Surly four to five hours of nonstop scribbling, erasing, editing, and typing was not that long, right?

She reread her creation for the millionth time.

“No…it isn’t good enough…” she growled at the computer screen and started typing again furiously. This was going to be finished today.

He would read it tomorrow.

He will be reading this tomorrow…

She hid her face again, a habit she had gotten herself into as of late, as she let those thoughts parade through her mind.

No. She would get this done; she had to.

She looked at the clock in the lower right hand corner of the computer. 11:06pm; it’s much later than she thought.

Nothing would stop her from getting this done; not even the temptation of snuggling in her bed for a good night’s sleep.

There’s something that you need to know,

A place that, you, I want to take,

Silver tinsel, lights on the tree,

But I wonder if you will go with me,

To you, nonetheless, this invitation I extend,

It is your company I would most enjoy,

Hats and coats for glistening snow,

It would break my heart if you told me “No,”

Although your decline, I would understand,

Don’t you see what I’m trying to say?

Christmas Formal; won’t it be sweet?

All evening we’ll dance till we tire our feet,

With laughter so warm we’ll turn snow into sleet,

For you, my dear, I would never mistreat,

Jingle bells, and stars so bright,

Would you, Andres, take my hand for the night?

She sat restlessly from morning prayer to dismissal the following day. She was tired from her work, but her nerves would not allow her rest.

Did he read it?

What was he going to say?

“Look, Kit-Kat, you’ve done a great job, he’ll love it,” Jessica patted her friend on the back as she came up behind her while walking down the stairs.

She smiled faintly at the sound of her nickname, but still couldn’t be totally at ease. “Thank you, Jess.”

She walked to her usual bench; the same one she collapsed on the day before. Sitting down, she closed her tired eyes as she felt a headache from lack to sleep beginning to form. Not fully asleep, but not quite awake, she listened to the splashing of the courtyard fountain.

She felt her phone vibrate in her pocket. It must have been time for her to get home.

She opened her eyes and pulled out her phone. It was not a message to tell her that it was time to depart.

It was from him.

He must have read it.

Was this his response?

Her heart raced in anticipation.

Her breath quickened just a bit.

She opened the message.

*~Continued in “A Simple Response: It wasn’t so hard”~*