Senior prank takes over Academy: Is it acceptable? 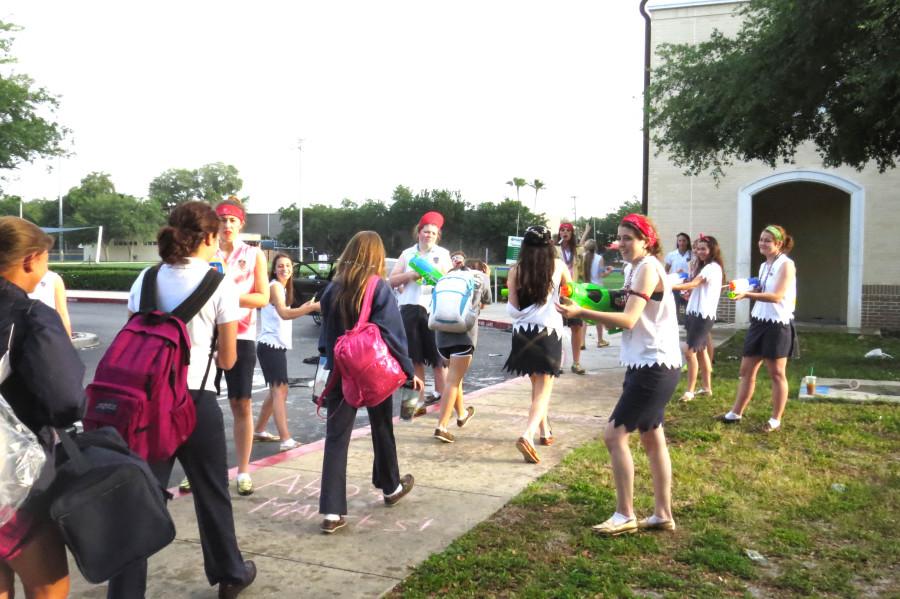 The Academy traditional senior prank was held last Thursday, May 1, 2014. There are many students who were accepting, and many who were angered. I personally think everyone should be accepting of it.

Most of the remaining upperclassmen are accepting of this due to the fact that they will be doing the same thing next year. Junior, Jessica Jurado expressed her thoughts on the prank. “I think it’s tradition and its not like we don’t know about it. It’s in no way unfair, due to the fact that you get the chance to prepare for it.”

However, their are some upperclassmen who are are upset. For the most part, they are just upset with the water guns, baby oil, baby powder and condiments that were thrown on their uniforms making it uncomfortable to be in.

There were also underclassmen who weren’t in favor of this prank as well. Lily Oliva says, “I definitely did not like getting soaking wet and having to bow down to them.”

As you can tell, the seniors really did take control of the whole student body.

The freshmen, however, didn’t seem affected. They brought the Seniors donuts and coffee that morning. The assumption by the other grades was to get out of the senior prank so they did not get any of the senior torture. However, the freshmen say they all collaborated for this brilliant idea to be nice. Marie Dela Cruz comments, “We had no motives in protecting ourselves; we just did it for the love of our seniors.”

In the seniors’ defense, it’s their senior prank and their last day of school, let them do whatever they want. If anything, the under and upperclassmen are ruining their chances of having a good senior prank when it comes time for them.

In my opinion, some of their ideas and pranks were genius. Mayo on the back of locks? Never would have thought about it.

Yes, they did make huge messes with the uniforms and lockers, especially with the baby oil and baby powder, but it is what it is. If it makes those who were against it feel better, the seniors have to clean up everything before 12 in the afternoon.

As far as the juniors go, they aren’t too worried. The girls have already decided their theme and began organizing their plan of attack. Even though there potentially can be some new restrictions to the prank, the juniors will still find a way to make it one to remember. Junior, Becca Proseen says, “I’m excited about it because of the tradition behind it and I’m not worried about any conflict at all.”