Raise The Curtain raises the bar for Academy talent 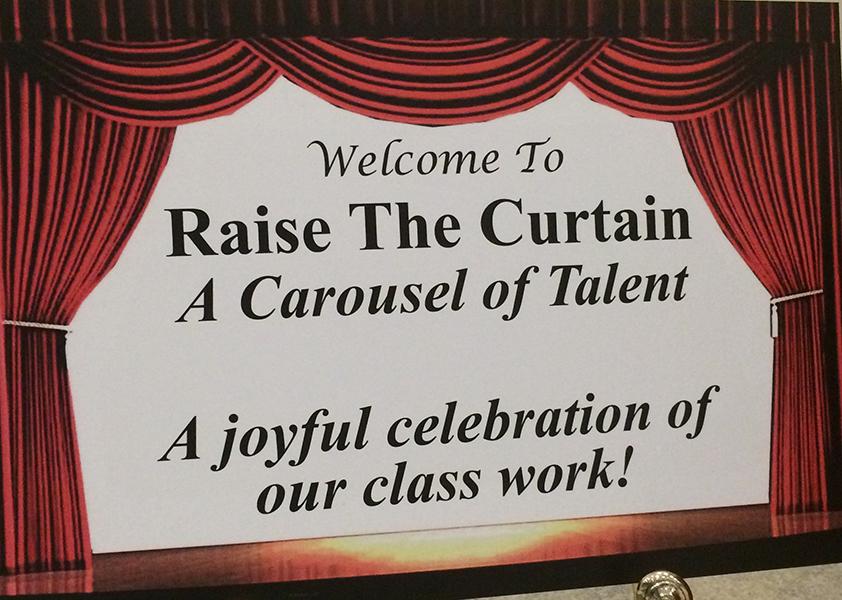 The weekend of November 14 , the Academy of the Holy Names presented the first ever ‘Raise the Curtain’, a showcase of talent from each of the performing arts classes: Dance Appreciation, Drama 1 and 2, and Vocal Ensemble (Quarter Notes).

Vivian Kimbler, the performing arts teacher shared, “This is a demonstration of what we have been doing in class, and sharing it to a small, invitation only, audience. I feel that it isn’t enough to just memorize and learn the material. My students must learn what is needed to take it one step further.  That additional step is ‘the performance’.”

The opening act was a dance performed by the dance appreciation students, called “Break the Chain”.  Written by world-renowned performer/producer/director Debbie Allen, a personal friend of Kimbler, the choreography was a mix of “ the basic jazz square, pivot and ball change.” The choreography was really powerful; portraying women’s strength and ending violence against them.

The next acts were monologues, dances, and vocal performances.  Whether they were serious or humorous acts, they all portrayed the personalities of each girl.

Sophomore Sydney Sommer had a laugh out loud monologue about a girl who is in her school play, but talks way too fast. The comedy came from the energy of her performance and the speed of her dialogue: “PortrayedItAsThoughSheWasPreparedForTheAuditionAsSheWasNervousAndJustKeptTalking FasterAndFasterWhileTheDirectorKeptYellingAtHerTo ‘S L O W  D O W N.’”

Another monologue was presented by freshman, Cristina Alarcon, whose performance of a girl attacked by a friendly dog was both funny and serious. “I was incredibly nervous the first night because there were a lot of people, but when it came to the second night, all of my nerves went away,” she shares.

Of the vocal performances, one of the most impressives was junior Sofia Varon, who had a featured solo ‘Nothing’ from the Broadway play ‘A Chorus Line’. A song she competed with at districts which earned her a ‘Superior’ rating. In March, she will be competing for the first time at the Thespian State Festival with the song.

Varon exclaims, “I’m really happy, I didn’t think I was going to make it because there are so many talented people, but I am so excited to go and perform.  I’ve performed this about ten times in front of an audience, and I hope I will be able to continue more.”

This also was not only for students who are in performing arts classes. Seniors, Katelyn Prieboy, Samira Mantri, and junior Paula Hernandez were known as the special guests that night performing different instrumental versions of popular songs.

The night ended with The Quarter Notes Ensemble performing ‘What a Wonderful World’ by Louis Armstrong.  It was a perfect ending to this wonderful night filled with laughter and tears made from the girls performances.