5 celebrity couples everyone wants back together 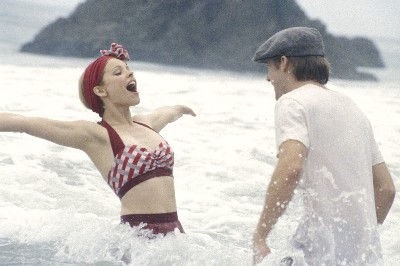 Zac Efron and Vanessa Hudgens both have a special part in everyone’s heart. In 2005, the two met filing the popular film High School Musical. Efron and Hudgens reportedly began dating a year after the first film was made in 2006. Sophomore Olivia Stevens loves Zac and Vanessa because, “they had so much chemistry in the HSM movies. You can’t just fake the way you look at each other with such love. Also if they got back together, it would fulfill my childhood dream”. “In 2010, hearts of young girls all over the nation shattered when it was confirmed the couple had split.

In 2013, One Direction and Taylor Swift fans went to war after a relationship flourished between 1D’s Harry Styles and Taylor Swift. “”Haylor”, as the internet knew the couple, began dating in 2012, and lasted until January of the following year. Sophomore Audrey Anello’s favorite part of the couple was “when they walked together and their outfits were on point, they were just so cute.” Anello hopes the two get back together adding “I want them to get back together because if Harry was to be with someone other than me, it would have to be her.”

Before Jessica Biel came into the picture, Justin Timberlake dated “Oops! I Did It Again” singer Britney Spears. Back in 1999, the pair started dating, however they split three short years later in 2002. When asked which couple should get back together, junior Emilie Ulbright wishes Britney and Justin would reunite adding “I grew up win them as a couple. They match like no other”.  A memory Spears and Timberlake fans will never forget is when the two made an appearance at the American Music Awards in 2001 wearing all denim.

Miley and Liam were first seen together on The Last Song, which was one of many famous Nicholas Sparks books created into a movie. Sophomore Grace Neal states the couple was “beautiful and their pictures at award shows were adorable. After finding out they were dating after The Last Song, was released, it made the movie much cuter”.  Sophomores Audrey Anello, Anna Padron, and Marie Dela Cruz all chimed in adding how the two “ balanced each other out. When Miley was having a tough time, Liam was always by her side”. The three also made note of how the two looked so in love in photos captured by the media. In 2009, the two started dating and split just a year later in 2010. Before fans had enough time to forget about the beautiful couple’s unfortunate split, the two got back together in April of 2011. In June of 2012, the couple were engaged, however hearts broke everywhere when it was confirmed Cyrus and Hemsworth split for good.

Shortly the release of The Notebook, Allie and Noah’s relationship came to life after Ryan Gosling and Rachel Mcadams began dating. They began dating in 2004 and broke-up in 2007, however the couple reunited in 2008, and the relationship reflourished. In an interview Gosling mentioned how The Notebook introduced him to the love of his life.