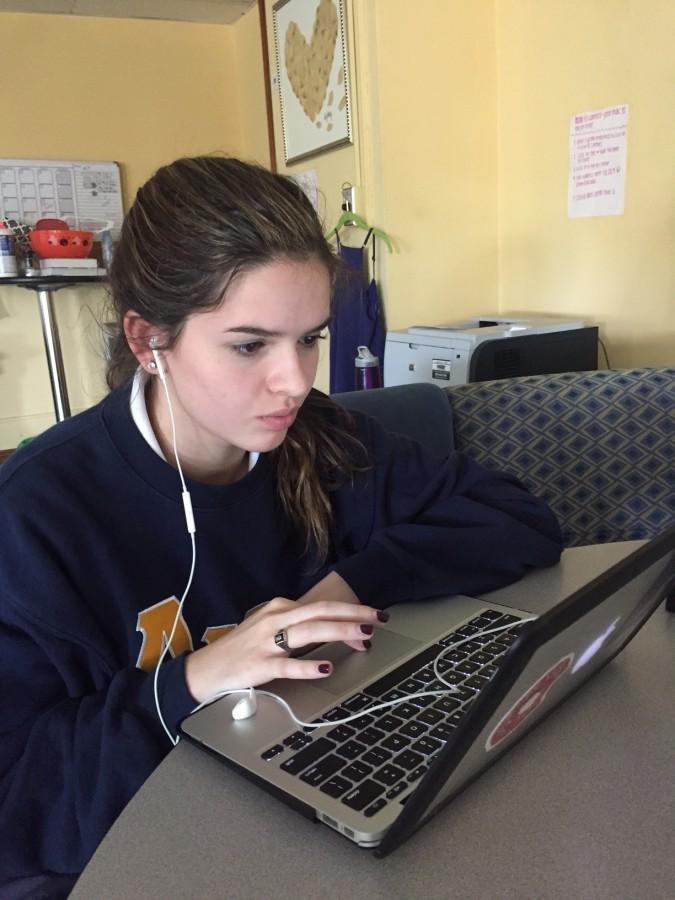 Senior Alicia Rooney jams to Cherub, an underground band that she likes to listen to during study hall.

In a world dominated by the radio industry and pop culture, it is very easy to miss out on the variety of genres and hidden gems that are lost in a sea of music. Achona went around Academy to find out what are some all-time unknown favorites, here they are:

Bands like Speak can be found performing at alternative music festivals like NBT and Big Guava. Speak is famous for there tone that is similar to the artists, Banks. “It makes me feel…happy.” said Morgan Salzesieder. (10)

Three favorites of Gabi Vivero (12), who is known as the ultimate alternative music lover.

“Shine a light” by Banners

Excited to say we’ll be co-headlining the inaugural Citadel Festival with Ben Howard on July 19th in Victoria Park, London. There will be discounted presale tickets available from Wednesday at 9AM to those on our mailing list, which you can sign up to at www.bombaybicycleclubmusic.com. General onsale is Friday at 9AM. You can register for access to general onsale tickets at www.citadelfestival.com. See you in the summer x

“The Abyss” by Denim Blue and Mcclain Keith

Denim Blue and Mcclain Keith is the epitome of underground. A local Tampa band, they are found performing light rock inspired tones at Ferg’s and Tampa hot spots. “They are a local band whose influences are The Neighborhood and alternative music, which I’m in to.”  states Aisling Carr. (12)

“Sound and Color” by Alabama Shakes

Along with some unique tones, “Sound and Color” lyrics are very peaceful and have a relaxing tone. For the softer-sided music lovers, this song is an ideal choice. “It has really a really cool sound, lots of instrumental and the singers voice is really different and kind of soulful.” exclaims Jayne McLaughlin. (12)

For more alternative and soft tunes, make sure to check out our Spotify  playlist that contains underground favorites. Bring on the jam seshes!