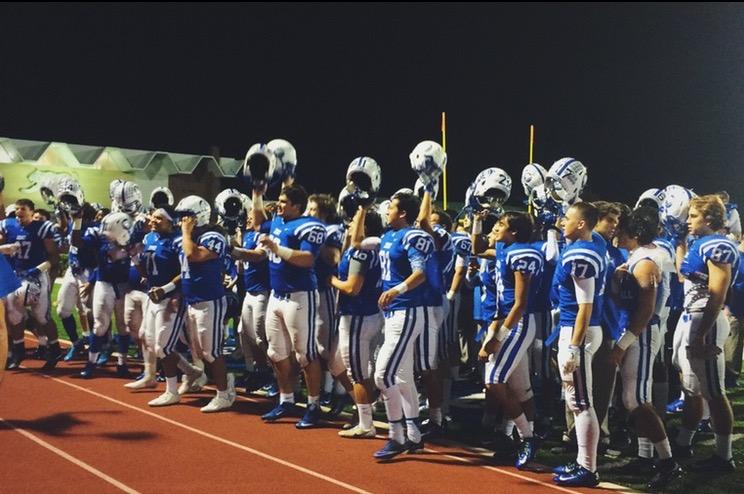 Going into Friday’s game the Tigers were 13-0, hoping to make it all the way to the State Championship. This was the first time they had made it to states since 2002, and the first time ever a state semi-finals was held at Alumni Field.  Although they did not come out of the season completely undefeated, the fans of the Tigers could not be any more proud of their success. Senior Skyler Sinardi reminisces on her 4 years as a Jesuit cheerleader saying, ” I can’t believe it is already over, I will miss spending my Friday nights under the lights.”

Although the Tigers didn’t come out of friday’s game with a big “W” like they’d hoped, they came out with a sense of pride and accomplishment from their record setting season. Throughout the whole season their Academy sisters were supporting them along the way. We went to all the home games and some of the away games to support our friends. Senior Jayne McLaughlin said, “Watching this season was bittersweet because it was our last ones as an AHN student.” As the season drew to a close this Friday, the seniors will cherish their times cheering on the Tigers in the stands as well as on the sidelines.

Throughout the season there was many ways that we, AHN students, were involved. We went to all the games, we painted our faces with numbers of our friends and family members, we supported them in twitter fights, and attended the tailgates held before many games. As a whole we were very excited to spend our Friday nights watching our friends cheer and play football.