10 Hipster Trends That Are Destroying America 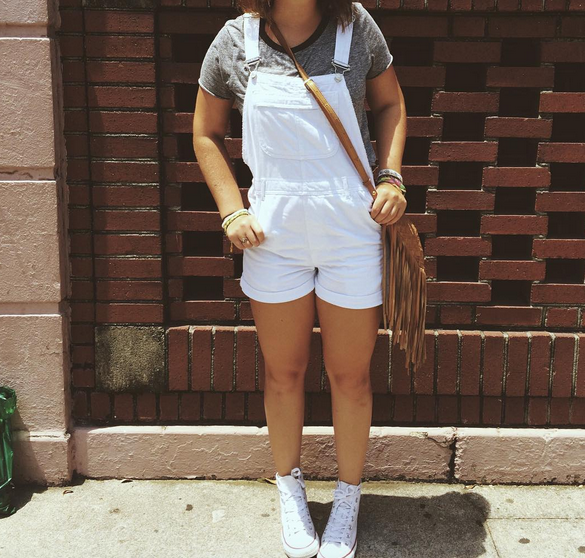 Senior Gabi Vivero shows off her counter-culture fashion on instagram. She says "I feel confident wearing clothes that aren't... for lack of a better word, basic."

America has been known for many things since it became a United Nation in 1776: freedom, prosperity, industrialism, and idiocracy. That’s right. America may be a world power, but it seems to prove other countries right in thinking of us as moronic, especially with the hipster subculture that has spread across the states. This generation of “hipsters” (composed of creative, counter-cultured youth) has been known to replace modern innovations with abnormal trends. Some of these trends are more prominent than others, and far more ridiculous. Take a look:

Typewriters. Can’t we save the ink for printers?


Decorative glasses. Suddenly, everyone’s failing their annual eye exams…huh.
Record Players and Vinyls. All that progression from MP3s to iPods to Spotify, only to jump back a century. Steve Jobs didn’t die for this.
Gluten-Free. Remember when gluten was a mystery instead of a household name? Fast forward to now, and the gluten-free era is raking in that cash flow. Does it ruin you from carbs forever? Yes. Is it expensive? Probably. But it’s okay because it’s gluten-free.
Using random ordinary objects as plates. In fact, this trend is so surely making people lose their minds, there is even a twitter community of people who are calling it to end: #wewantplates

Using random ordinary objects as chairs. Like this inexpensive stump. Almost as inexpensive as the one you can find in your backyard.


“Check out this song.” It’s hard enough as it is to keep up with the new Top 40. Now people go around practically inventing new songs because of the excitement to be the person who ‘discovers’ a good song.
Kale. But really, did anyone actually “enjoy” Kale before 2012? Now, it’s 2016 and if your menu doesn’t include this bitter green, you’re a fast food joint.
Plant-based milk. Almond, soy, and coconut milk are great for you. However, America kicked it into overdrive and now every coffee store serves it as a dairy substitute. Sadly for all healthy dairy lovers, when the skim milk runs out there’s a pressure to get the only other healthy option: plant-based milk. This results in a watery, bitter, and pulpy coffee that would be a disgrace to any foreigner. The Rest of the World: 1; America: 0.
Grungy style. With women, it’s shown through over-priced clothing with holes cut through it. With men, it’s shown through man buns or beards the size of a bush.

…Keep telling yourself that, Jared Leto.

Overall, the hipster subculture isn’t bad. However, some of their crazes are too bizarre to be so commonplace. Hipsters, let’s tone it down a little bit.