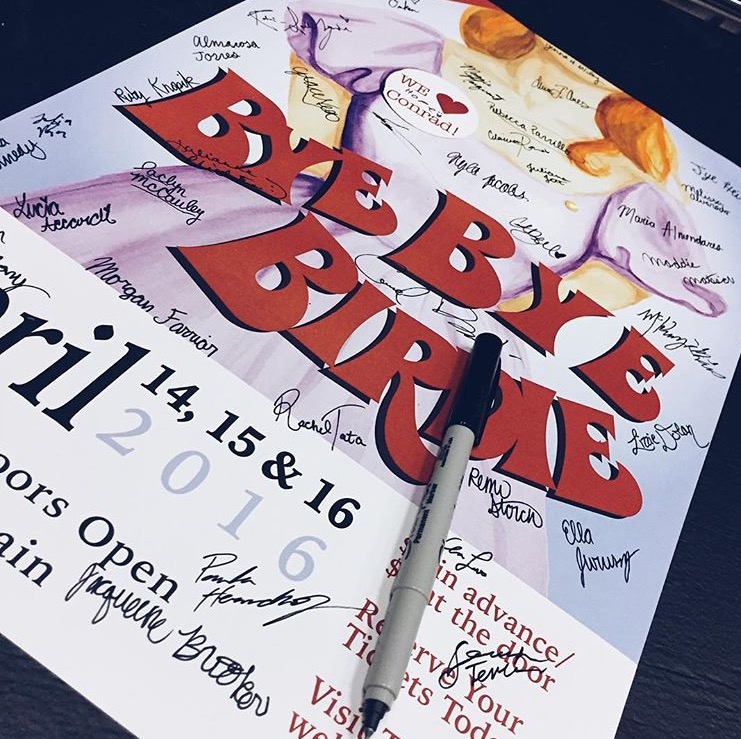 The day of the Thursday matinee was the day 60th anniversary of the first showing of Bye Bye Birdie!

Bye Bye Birdie’s opening night was Thursday, April 14. There have been 4 showings of the play; two on Thursday, one on Friday, and one on Saturday. Tickets could be bought at the door and the money made went to the theater program. Lots of people contributed to the show, especially the cast and crew! The cast consisted of 56 members while the crew consisted of 16 members.

Congratulations to the cast & crew of bye bye birdie!! pic.twitter.com/AiJJZg3W2v

Before the play begins, a member of the crew comes out onto the stage to give a brief overview of the play. Conrad Birdie, made to be like Elvis Presley, has been drafted to the war and he is having a contest for “one last kiss.” Kim MacAfee, played by Academy’s own Rachel Tata, wins the contest and is the one to give Birdie his last kiss before the war. Problems arise when Kim’s boyfriend, played by Jesuit’s Jacob Zelen, and her father, played by Jesuit’s Lucas Pasquier, find out about the kiss.

The play was filled with a number of songs and dances, making it very lively. The cast and crew both thought the play thought the play went very well, considering how much time they spent on it. Rehearsals were every Sunday and as the play quickly approached, extra rehearsals were implemented. Many people had things to say about the play, here are a few: