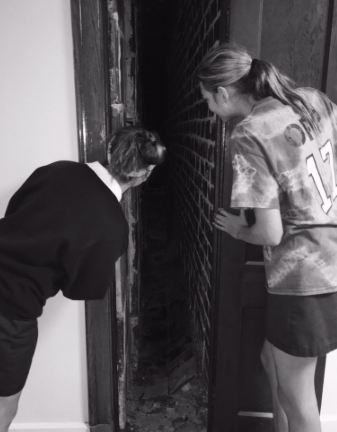 Two weeks ago, a senior study hall discovered a closet that gave them an eerie feeling, resulting in a ghost craze among Academy students. Credit: Audrey Diaz/ Achona Online

Ghost stories have been told around Academy, but never proven. These spirits have been reported by Janitor Ralph, who encounters them often during the early mornings when he is alone. He believes the spirits are harmless and friendly, but shares one must respect their presence. Ralph, along with other buildings and grounds employees, claim there are certain hotspots of spiritual activity such as the basement, fourth floor, and media center. In order to uncover the truth of Academy spirits, ACHONA spoke directly to those have experienced the presence of these spirits.