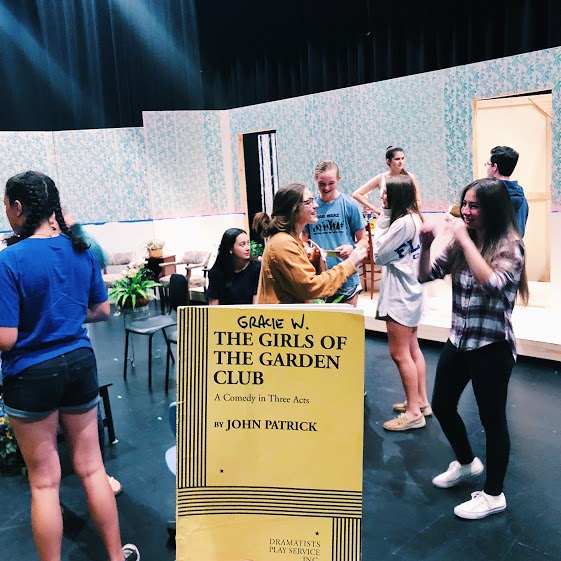 “Girls of the Garden Club” is a three act play.

This year, Advanced and Intro to Acting students will be putting on a comedy entitled, “Girls of the Garden Club.” The combined class, comprised of 16 students, will be performing this full-length play in the Bailey Center on Mar. 22-23.

“Girls of the Garden Club” is a three act comedy by John Patrick. The story is centered around Rhoda Greenleaf, played by Mia Torres (‘18), and her plan to overthrow the Garden Club President, Lillybelle Lamont, played by Gracie Wipfli (‘18), so that she will finally be able to have her own greenhouse. Every student in the class will take on a specific role and most of them will play members of the garden club.

“I’m so excited for this show because it’s really different than anything we’ve done at the Academy,” Torres said, “but we still have a lot of work to get done. The show is going to be very funny and entertaining so everyone should come out and see it.”

Actors have been rehearsing tirelessly for about a month. The typical schedule for a member of this show includes three times a school week and every Saturday.

Radice said, “I’m looking forward to this show, because it’s really engaging and hilarious. I’m hoping that a lot of our sisters will come and show out.”