Music of the Month: September 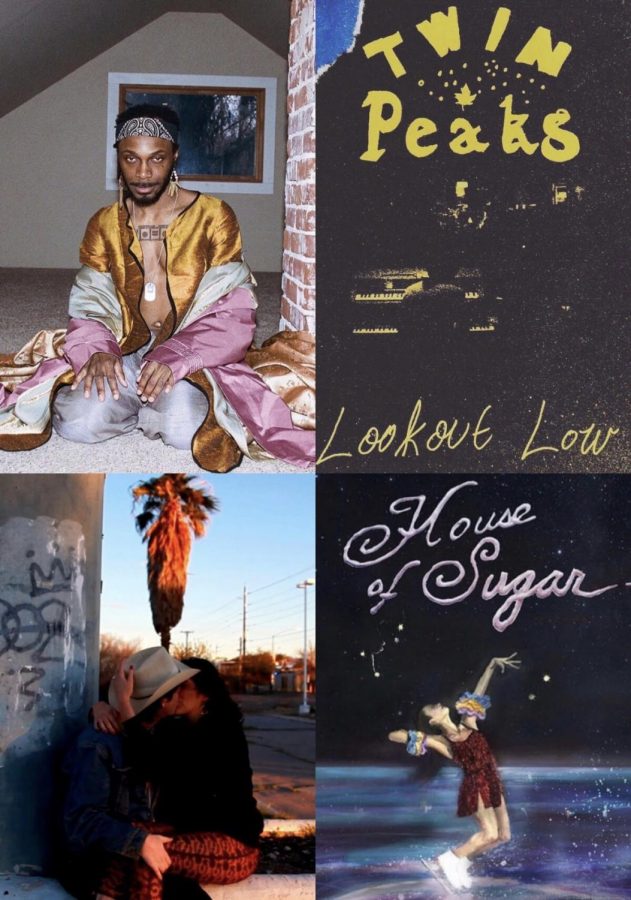 September allowed for the release of many new albums, some from renowned indie artists such as Twin Peaks, some from up-and-coming experimental rapper/producer JPEGMAFIA. Whether you like the eclectic, electronic sounds of Peggy, or the Americana, folk-influenced crooning of Alex G, you’re sure to find something notable in these albums: the best that September had to offer.

JPEGMAFIA: All My Heroes Are Cornballs

Jpegmafia, stylized JPEGMAFIA, true name Barrington Hendricks, is an American rapper and producer from Baltimore who, similar to many hip hop artists of this generation, was raised in the age of the internet. This digital upbringing is evident through JPEGMAFIA’s music and lyrics, most notably in his prior album “Veteran”, which came out in 2018 and was inspired by his time in the military. “Veteran” received extreme amounts of critical acclaim for its experimental nature, which is what JPEGMAFIA is known for: his sonic experimentation and eclectic yet cohesive beats. “Veteran” was his first studio album, followed by “All My Heroes Are Cornballs”, which was released on September 13, 2019, with Deathbomb Arc Records.

JPEGMAFIA would most likely make fun of anyone who described him as a revolutionary, but these are the only words to accurately convey “All My Heroes Are Cornballs” (AMHAC). While the combination of chaos and disorder is not uncommon when it comes to Jpegmafia’s music, it is seen executed more flawlessly than ever in his second studio album. In a Tiny Mixtapes review, Jpegmafia’s production method is described as such: “Peggy performs mental lobotomies while figuring out what he wants his beats to sound like”: and these words ring true throughout the entire listen of AMHAC. The album’s main theme appears to be Jpegmafia’s general perception of not only himself, but others, and this introspective theme is arced both sonically and lyrically with lots of imagery and unique synthesized sounds.

Although lacking a bit lyrically, Jpegmafia’s stylistic flow remains flawless throughout every unique beat shift and arrangement. He autotunes, slurs, stretches, and pitches his voice, using random bursts of falsetto and his own voice sound effects in his production, such as tongue clicking. He even took the time to implement a self-recorded sample of fire in Hawaii crackling on “DOTS freestyle remix”. As previously mentioned, Jpegmafia’s lyricism on AMHAC did not inherently live up to the precedent set on “Veteran”, however they were still of quality and included his unique humor and personality. His bars included cheeky political references and jokes, such as the line “hit the Mueller let me down with ease” on “Post Verified Lifestyle”. He also included splashes of pop culture references and name drops (Michael Jackson, Bobby Brown, Brian Wilson, Steve Bannon, Robert Mueller…).

Surf Curse is an two-man indie rock band from Nevada who have somewhat of a unique discography, as they have released three studio albums and one extended play. The pairing of Nick Rattigan and Jacob Rubeck are extremely inspired by cinema, which is evident in their music, and also cite musical inspirations such as The Cure. “Heaven Surrounds You” is the pairing’s third album and was released on September 12, 2019.

“Heaven Surrounds You” as a whole is very movie inspired and cinematic, which is where the majority of its appeal comes from. Many of the songs on the record are named after Surf Curses’ favorite movies, and were even produced to create the atmosphere and feelings that those films evoke. For example, “Midnight Cowboy” is named after the 1969 western-aesthetic drama film. The high-tempo beat and fast guitar strums of the song successfully convey the atmosphere of this controversial, fast-paced film. “Heaven Surrounds You” demonstrates a significant amount of growth in Surf Curses’ production: they maintained their trademark surf garage rock sound but with much more evolution in orchestration. However, this growth is ruined at some moments by a few dull melodies, such as on “River’s Edge”. Surf Curses’ songwriting has also matured: although the lyrics are not flawlessly written, Nick Rattigan’s genuine, and oftentimes quivering, voice is able to convey the emotion that the lyrics simply cannot.

Alexander Giannascoll, or “(Sandy) Alex G”, is an indie rock singer-songwriter based in Philadelphia. “House of Sugar” is Alex G’s eighth total album and third album with the record label Domino. His unique discography is often categorized as indie rock with folk influences and somewhat of a lo-fi aesthetic, as he records all of his music by himself. Alex G is also known for his unique melodies, many of which appear on “House of Sugar”.

“House of Sugar” was released on September 13, 2019, and is a subtle nod to both the SugarHouse casino in Philadelphia and the witch’s candy house from fairy tail “Hansel and Gretel”. This album was lowered slightly in quality by its chaotic instrumentation, which featured distorted vocals, eclectic guitar styles, and the occasional chorus. The record boasts themes of drugs, selfishness, and self-rehabilitation, which are embodied through an addicted protagonist who realizes that highs are only temporary, and what seems sweet often isn’t (hence the sugar motif). However, by the end of the record, the protagonist comes to the realization that his relationships found in the “House of Sugar” will help him persist.

The album’s opening track begins with the narrator convincing himself to leave an obviously toxic relationship, demonstrating a unique perspective on the topic of addiction. These mature themes progress in “Gretel”, where Alex G retells “Hansel and Gretel”- in which Hansel leaves Gretel with the murderous witch and wants to go back- but in a morbid twist, he only goes back to eat more of the Witch’s candy. This track perfectly exemplifies the album’s themes by shedding a morbidly humorous light on the ways in which addiction consumes people, making them selfish. “House of Sugar” then transitions into “Hope”, a song about one of Alex G’s real-life friends who fell victim to a fentanyl addiction and passed away.

As a result of Alex G’s beautiful, honest songwriting paired with orchestral production, each song creates an atmosphere of genuine emotion. Sophomore Sophia Garcia agrees, stating, “Alex G’s music always makes me a little sad because for some reason I can just tell that it comes from the heart”. However, House Of Sugar’s lyrics, while admirable, were also extremely minimal. In fact, Alex G is such a good writer that his minimalistic approach to the lyrics robbed the album of a very significant feature.

Twin Peaks is an American indie-rock band from Chicago, consisting of five members: Caiden Lake James, Clay Frankel, Jack Dolan, Colin Croom, and Connor Brodner. The band members grew up together in Chicago and attended the same high school as Chance the Rapper. Similar to Chance, Twin Peaks emerged from the Chicago DIY music scene and slowly ascended to fame after the release of their second album, “Wild Onion”.

“Lookout Low” is Twin Peaks’ seventh album and was released on September 13, 2019. The album contains features such as guest producer Ethan Johns, whose work appears throughout the entire album. In addition to Ethan John’s production, backup vocals from Chicago band “OHMME” can be heard, as well as drumwork from percussionist Kyle Davis. In comparison to some of Twin Peaks’ other records, “Lookout Low” is slightly lacking in maturity. This is most likely a result of the many classic rock n’ roll influences demonstrated in “Lookout Low”. The album channels classic rock bands such as Grateful Dead through its employment of heavy guitar, fuzz bass, and many piano/horn combinations. As a result of the strong influence of old classic rock, “Lookout Low” sounds a bit borrowed and slightly stale. However, it is notable to mention that these influences also give the album a bit of a nostalgic charm.

Despite this, the album ebbs and flows gracefully, harmoniously combining each member’s sound to give the record a live-show feel. “Lookout Low” as a whole demonstrates optimistic themes of perseverance and the importance of platonic love in getting by, most notably demonstrated in lyrics such as: “When she can’t do it, she dance through it”, “Unfamiliar sun, just take it as it comes”, and “Though you think they’re your darkest hours, you can sing other tunes if you choose”. This, in conjunction with its sonic nostalgic appeal and collaborative nature, allows “Lookout Low” to establish itself as a classic, feel-good record with an atmosphere of optimism and freshness that contrasts its stale sound.