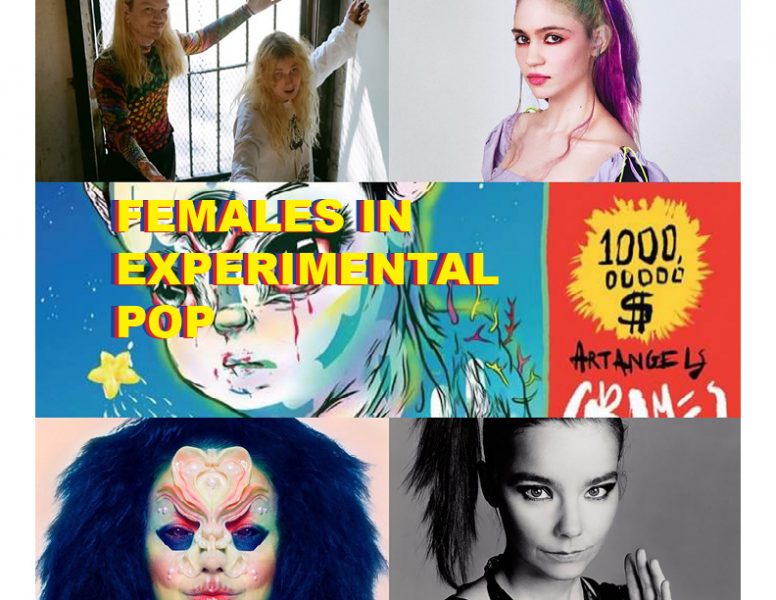 Three of the most prominent female figures in experimental pop: Laura Les, Grimes, and Björk.

It’s no matter of opinion that when it comes to the music industry, women are underrepresented and often times, belittled. People most often associate female musicians with the genre of traditional pop, and by doing this, female musicians are forced into an unimaginative box that limits their potential as artists.

Simply, experimental pop is pop music that pushes the boundaries of traditional pop, incorporating elements from other genres such as dubstep, hip-hop, or even country. It is usually distinguished by original synthesized sounds, electronic production, and a charming eclecticism.

Senior Maria Garcia Gil finds the empowerment in this, saying, “Experimental pop is such an interesting realm for women to be stepping into due to the fact that it’s such a modern genre that really doesn’t have a set definition of what it has to be. Because of this, artists can really use this genre to define themselves and set their own rules, which is really empowering for me to see other women doing because they aren’t following set standards.”

While the concept of experimental pop has been around for decades, the genre has shifted and molded with the ages, allowing for many new artists of the genre to emerge and spike its relevance. Surprisingly, many of these new experimental pop artists are females daring enough to challenge the traditional principles of the bubblegum pop box that women are often forced into.

Among these artists is Canada-born singer, songwriter, and producer Grimes, born Claire Boucher. Grimes released her fourth studio album, “Art Angels”, in 2015 and has been preparing for the release of another album soon. “Art Angels” was met with vast critical acclaim, however this was not new for Grimes as her unique experimental pop music has been praised since 2012, when she received the Juno Award for electronic albums.

Grimes’ music most commonly incorporates elements of dream pop, R&B, electronic, and at times, hip-hop. Grimes’ most popular song, “Genesis”, builds a bouncy bass and flute sample into haunting vocals as she sings of a love affair. However, she takes on a unique perspective on love, discussing the paranoia that comes along with it. Evidently, Grimes is not afraid to push the boundaries of music: not only with her unique lyrical mindsets towards traditionally positive ideals such as love, but also through her experimental, genre-defying production.

Another experimental pop artist breaking traditional gender norms in music is Laura Les of two man group 100 Gecs. Raised in the suburbs, Les has been working on music since 2013 and has since risen in popularity, as she is going on tour with popular rap collective Brockhampton this year.

Les and her music as 100 Gecs has been described as “an anarchist assault on the ears” by Complex and most accurately exemplifies the experimental concept of fusing genres. The song “ringtone” on 100 Gecs’ only album, “1000 gecs”, blends the bubblegum-bassy pop sound with aggressive 808 bass drums and distorted vocals. The album “1000 gecs” itself sounds like a journey through the mind of someone having a nervous breakdown, as it jumps from pop to hip hop to dubstep to screamo. As Les scatters unusual electronic soundbites of water dripping and dogs barking throughout her production, she defies all traditional elements of pop.

Experimental pop is an unusual genre because of its experimental, genre-defying nature, and may be hard for some to delve into. However, as a result of the various sounds this genre can have, looking into it can be worthwhile. Sophomore Kira Cardillo agrees with this and says, “I originally stayed away from pop music just because of its reputation for being shallow and poorly made. The first artist that made me realize that pop can have cool subgenres was Charli XCX, especially her ‘Pop 2’ album. This album pulled me into electronic pop and made me see a different side of the genre.” She acknowledges the fact that typical stereotypes kept her away from pop, however, further investigation revealed the genre to be interesting.

Cardillo also offers advice for others looking to explore this artistically empowering genre of music, stating, “If you are trying to get into this PC style of pop music, I think it’s important to remember that it’s supposed to be fun and experimental and that’s what makes it enjoyable. I have already seen experimental pop artists become more popular on social media and I can definitely see the genre getting a bigger, more varied audience in the future.”

Icelandic singer, songwriter, and producer Björk is yet another example of a prominent female experimental pop artist who is defying gender norms in the music industry. Her eclectic musical style draws from classical music, trip hop, electronic, and avant-garde music.

Bjork getting ready to shoot the Homogenic album cover (1997) pic.twitter.com/M1LFyoqsLx

Björk has a lengthy and impressive discography spanning back to 1993, when she left her band “the Sugarcubes” to pursue a solo career. Her twelve album discography has drawn upon a plethora of musical inspirations and have earned her both commercial and critical success.

As a young girl, Björk studied classical instruments such as the piano and the flute, singing on the side. Iceland’s punk rock scene shaped her music taste growing up and this, in conjunction with her other musical endeavors, inspired her to attend music school. Björk’s first solo single, “Human Behavior” epitomizes the unique concept of experimental pop with its clattered dance elements and youthful melodies.

Claire Murphy (‘20) said, “I really like the genre of pop, especially the experimental subgenres that it comes with, and agree that it’s really empowering for women.” Evidently, experimental pop and its captivating eclecticism and uniqueness is an inspiring and empowering genre. Artists like Laura Les, Grimes, and Björk cheekily incorporate traditional bubblegum pop elements but add their own twist with dubstep and punk influences. By doing this, these female artists are taking the traditional ‘norms’ of pop that they are often shoved into and doing something completely different, forging their own original path through the male dominated music industry.