A(cat)emy Girls and Their Felines 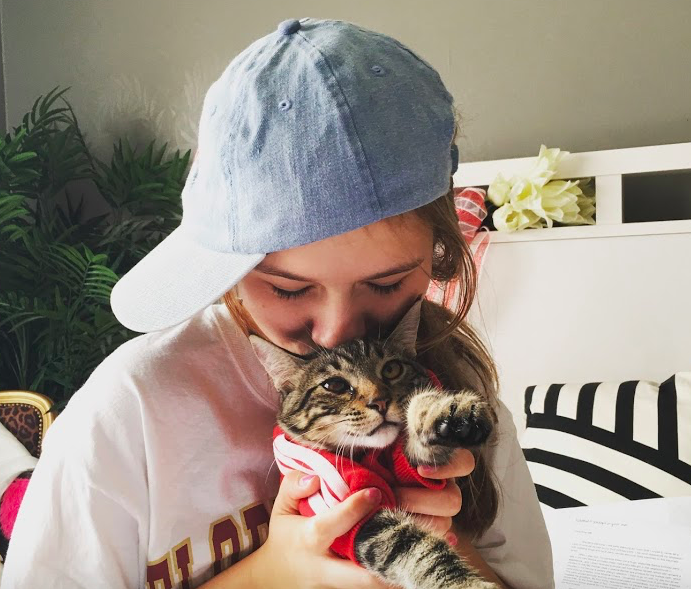 In a world where around 74% of the population claims to be “dog people”, it can be hard to find people who can truly understand the intelligence, affection, and companionship that cats have to offer.

Owning a cat does not only boost your immunity and decrease your risk of heart attack, but it also reduces stress and anxiety. To help cope with the stresses of homework, sports, clubs, or any other extracurriculars, a few Academy girls have their feline friends to turn to. Academy girls and their cats include:

Fun Fact: “We named Zeus after the Greek god because after going to Greece and seeing so many cats there, my family wanted to get one,” says Accardi.

Fun Fact: “We call Iggy the ‘problem child’ because he’s always meowing even in the middle of the night and runs into things then acts as if nothing ever happened afterwards,” says Doussan.

Fun Fact: “When we first brought him home, Marco was a lot more shy than my other cats, and would run away and hide all the time. Trying to find him was like a game of Marco Polo, so I decided to name him Marco Polo. It was later on I decided that Marco Rubio was a more fitting name,” said Sharrieff

Fun Fact: “Sailor is obsessed with playing with water and going under it,” says Boos.