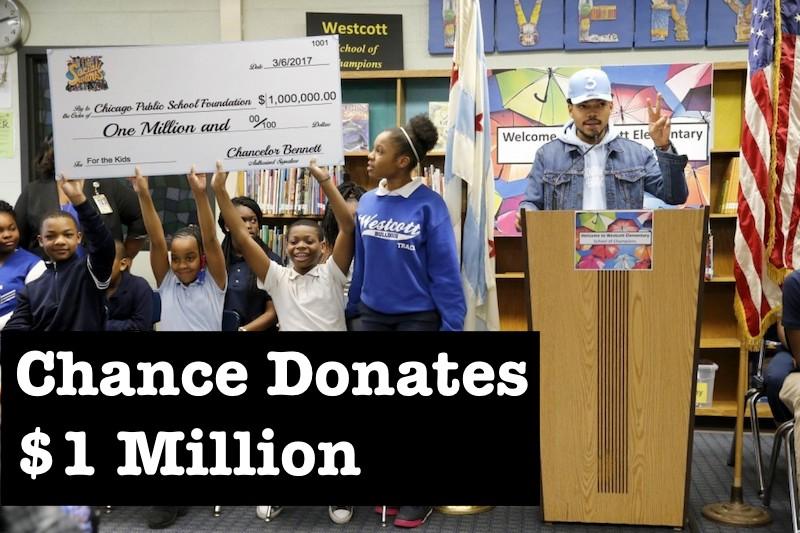 Many individuals are worried that any political intervention for the budget crisis may come with caveats or ultimatums.

Chancelor Johnathan Bennett (Chance the Rapper), a Chicago native, has shown his dedication to the city of Chicago by pledging to donate one million dollars to the Chicago Public School Foundation. After unsuccessfully meeting and talking with the Governor of Illinois, Bruce Rauner, he decided to resolve their budget crisis on his own by not only donating, but encouraging others to do the same. He announced his resolution via a press conference on March 6.

Illinois has gone two years without a firm budget for their public schools. This year, the crisis has reached a peak as nearly 400,000 students are likely to have their education cut short as the schools run out of money towards the end of the 2017 school year. The public schools in the Chicago area currently face a budget hole of $215 million.

Chance and other well known south-side natives, including the rapper Common, have shown their concern for the future of the system. Chance in particular has spoken out about the failure of Illinois’ politicians to do their jobs in regard to this critical matter.

Happy Birthday Chicago. Time to do our jobs. pic.twitter.com/whEDQeAIjA

The rapper’s call to action to solve this issue has gained much attention. He has shown his appreciation for other individuals and business who donated to the cause through social media.

Thanks @chancetherapper for giving back to the Chicago community, which gave us so much. You are an example of the power of arts education.

Senior Carly Fisher said, “I think that it’s great that a person such as Chance who has a huge platform is using it for the good of society.”