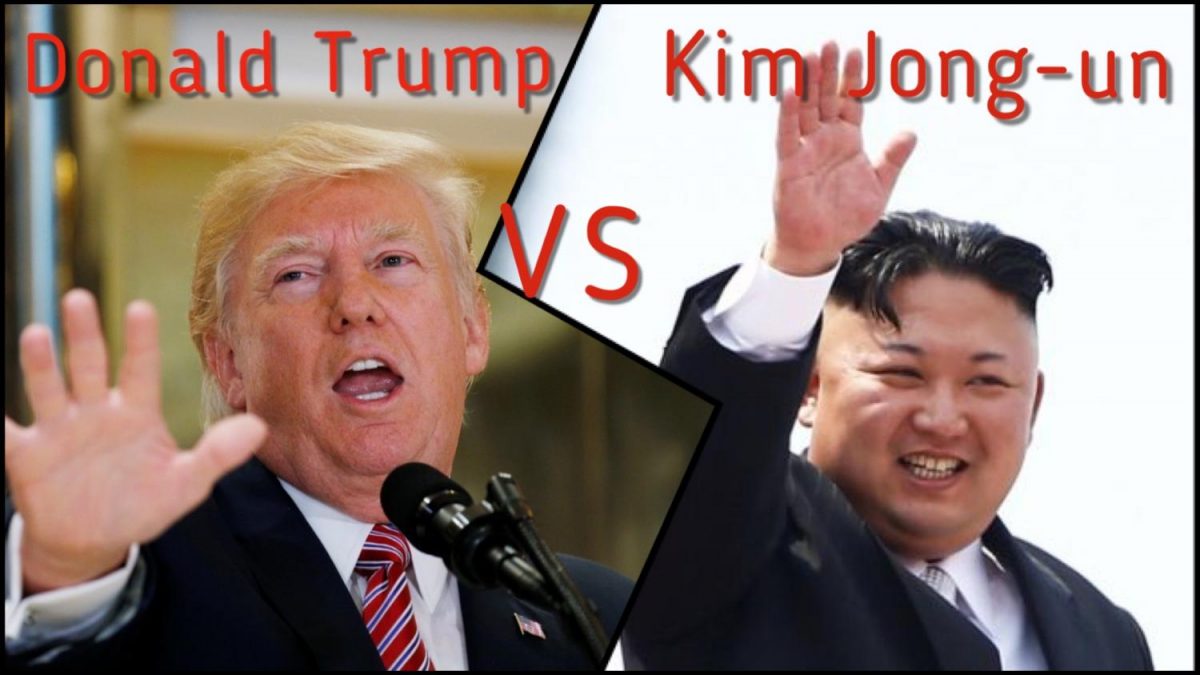 The public feud between North Korean leader, Kim Jong-un, and President Donald Trump continues to grow day by day. In his recent United Nations speech, Trump threatened to “totally destroy North Korea” if the United States is “forced to defend itself or its allies,” but he hopes it will not be necessary. Trump continues the taunting by calling Kim “rocket man.” In response, Kim Jong-un released a statement calling Trump a “mentally deranged US dotard with fire.

”Kim’s use of the word “dotard” sent the internet into a frenzy as the word is so uncommon that it almost seems made up. However, Dictionary.com defines the term as a noun, “a person, especially an old person, exhibiting a decline in mental faculties; a weak-minded or foolish old person.”

The following morning, Trump tweeted back, “Kim Jong-un of North Korea, who is obviously a madman who doesn’t mind starving or killing his people, will be tested like never before!”

Kim Jong Un of North Korea, who is obviously a madman who doesn't mind starving or killing his people, will be tested like never before!

This is not Trump’s first time tweeting about Kim Jong-un or North Korea in general. Trump commented on North Korea testing an intercontinental ballistic missile in July of 2017.

Economics teacher, Beth Chase says, “People are nervous. The only thing [Kim Jong-un] has to do is take down one the our planes and we’re at war.”

North Korea has just launched another missile. Does this guy have anything better to do with his life? Hard to believe that South Korea…..

….and Japan will put up with this much longer. Perhaps China will put a heavy move on North Korea and end this nonsense once and for all!

Meghan Curinga (’18) said, “I think Trump is going to start a war through his tweets because he can’t talk things through with the respected person; he has to threaten North Korea through his Twitter.”

According to straitstimes.com North Korea has test launched missiles a total of 14 times this year. Their most recent test was on Sept. 15 in which the missile landed “far out into the Pacific Ocean.” Although U.S. military say the missiles “do not pose a threat to North America,” some analysts say “the Hwasong-14 is able to reach Alaska.”

Caitlyn Helms (’18) said, “My mom is retired Navy and my stepmom is in the Air Force. If North Korea or the U.S. were to declare war on each other I would feel scared. I would be concerned for my stepmom’s safety.”