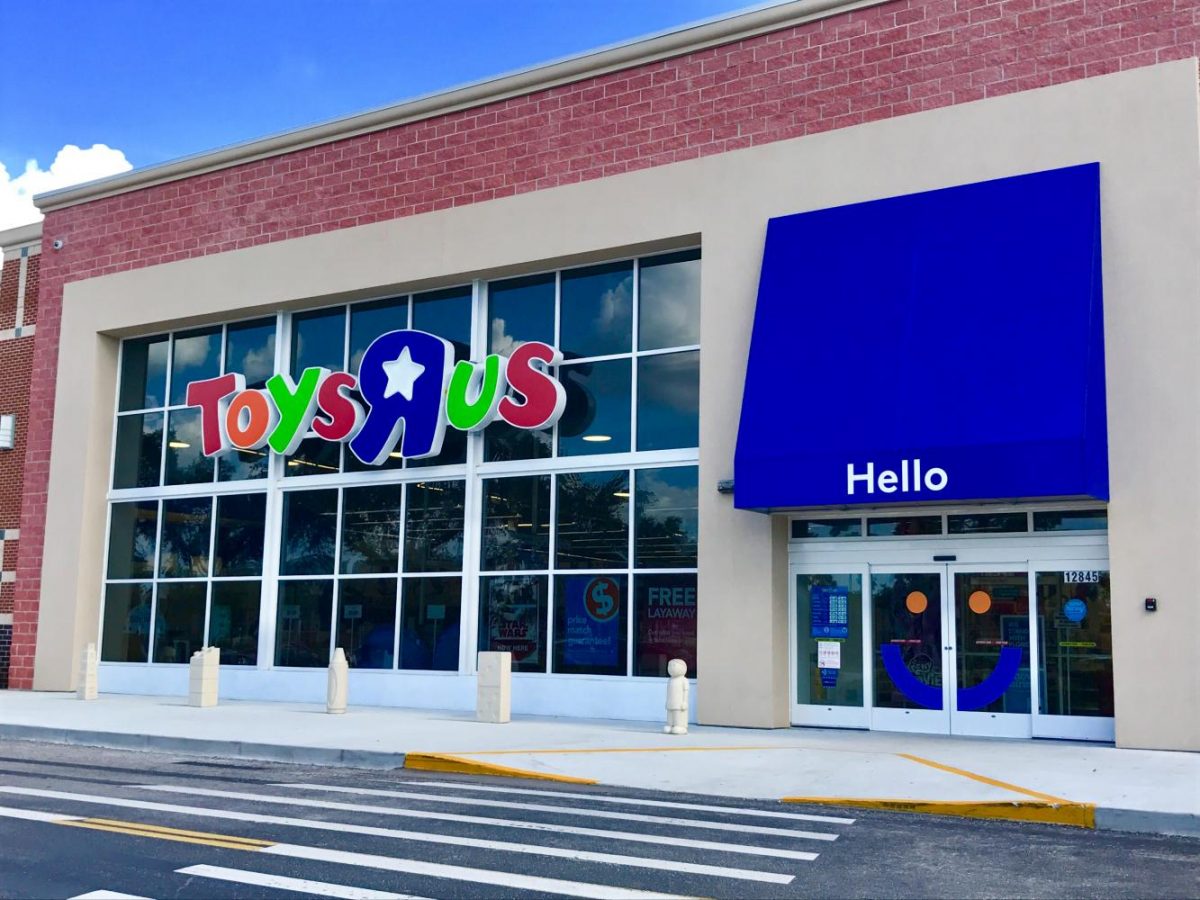 The store’s mission statement is “our vision is to put joy in kids’ hearts and a smile on parents.” (Photo Credit: Emily Anderson/ Achona Online)

On Sept. 18, 2017,  Toys “R” Us filed for reorganization bankruptcy in federal court due to its debt of more than $5 billion. CEO, Dave Brandon released a statement regarding their plan to keep up with competitors: “Today marks the dawn of a new era at Toys “R” Us where we expect that the financial constraints that have held us back will be addressed in a lasting and effective way.”

Many teens including Alyssa Losauro (‘18) are upset about hearing the news: “A toy store that we grew up with is going bankrupt which means children look to technology over toys nowadays.”

Toys ”R” Us first opened its doors in 1948, and has been the largest toy retailer since, with more than 866 stores nationwide. However, it has been surpassed by online competition, most namely, “Amazon” which sold 2.16 billion dollars worth of children’s toys in 2016.

Mckenzie Holmes (‘18) says that she is not surprised with the toy store’s announcement: “I went to buy my siblings toys and the price was incredibly high. I went on Amazon and got the same thing for much cheaper.”

Toys “R” Us said the filing would help “fuel its aspirations to bring play to kids everywhere and be a best friend to parents, ” according to The New York Times. The company is going back to their roots, dedicated exclusively to kids, toys, and games.  The toy store is implementing these changes to survive the upcoming holiday season:

We are preparing for the Holiday season & are excited about the events,new tech & features we’ll have in stores & online! #TRUHotToyList 4/5