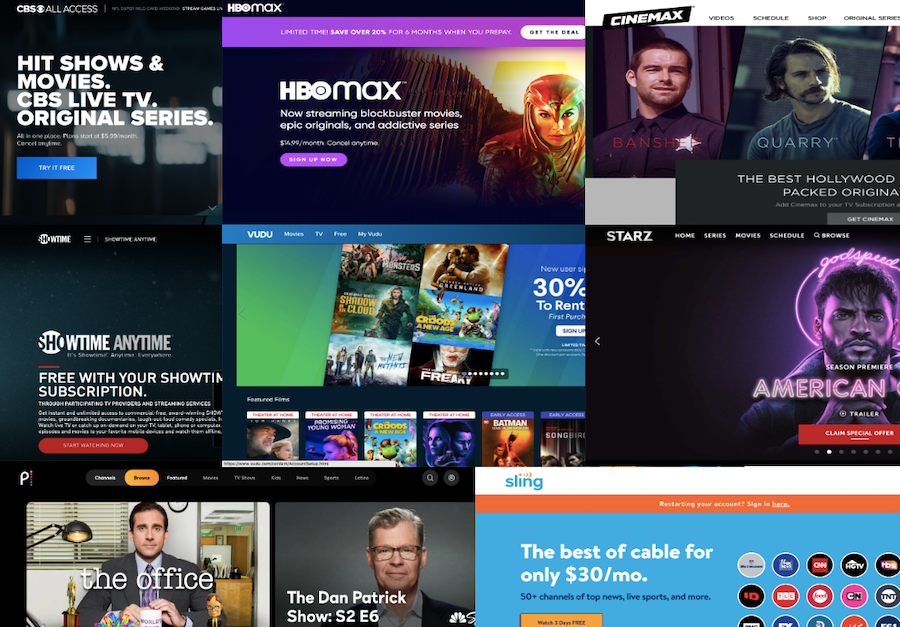 There are nearly 200 streaming services in operation today.

There Are too Many Streaming Services (OPINION)

While the old saying “the more the merrier” can still apply to dinner parties, I think it’s time someone tells the more than 200 streaming services that no one meant for the saying to be taken so literally.

With the start of the new year, beloved shows and movies on Netflix like “The Office,” “Gossip Girl,” and “Fargo” were dispersed onto several different streaming sites. Now, to watch all three shows ad-free, one must pay a monthly subscription of $9.99 for Peacock, $14.99 for HBO Max, and $30.00 for Sling TV. That is a total of $54.98 a month compared to the $8.99 consumers were paying for Netflix alone. Perhaps some more affluent viewers will be able to purchase multiple subscriptions, but, it’s hard to believe that many will have the means to pay for a new subscription solely because of one show they want to watch.

“I’m very upset that ‘Gossip Girl’ was taken off Netflix. It was one of my favorite shows. How am I supposed to pay for another subscription just to watch a single show?” said Junior Gabby Bahr.

By removing their shows from bigger sites, some cable channels are trying to find a long term solution to the fact that fewer people are watching live TV. In 2010, nearly 105 million households paid for TV. Now, it’s down to 82.9 million, with experts predicting it to dip to 72.7 million in 2023. For context, there are nearly 129 million households in the United States. However, none of the cable channel services have nearly enough high-demand shows to warrant paying for them in addition to the more popular sites like Hulu, Netflix, or Amazon Prime.

“It makes me mad because I want to watch a lot of shows, but I’m also too broke to pay for all of the streaming services,” said Junior Elise Favret. She added, “You have to pick and choose what you want to watch.”

Instead of forcing their way into the world of streaming services, these new sites’ time would be better spent racking up the prices for sites like Netflix, Hulu, and Amazon Prime to stream their shows. The channels could work together to have a premium subscription package available where you can access every extra show for one price on a single streaming service. However, stepping in the shoes of the Big Three for a moment, not wanting to pay unreasonable amounts for shows of channels that are already dying off is understandable.

Marina Romer (’22) said, “There’s just way too many streaming services. All my favorite shows are in different places now. I wish every show was just on one big streaming site.”