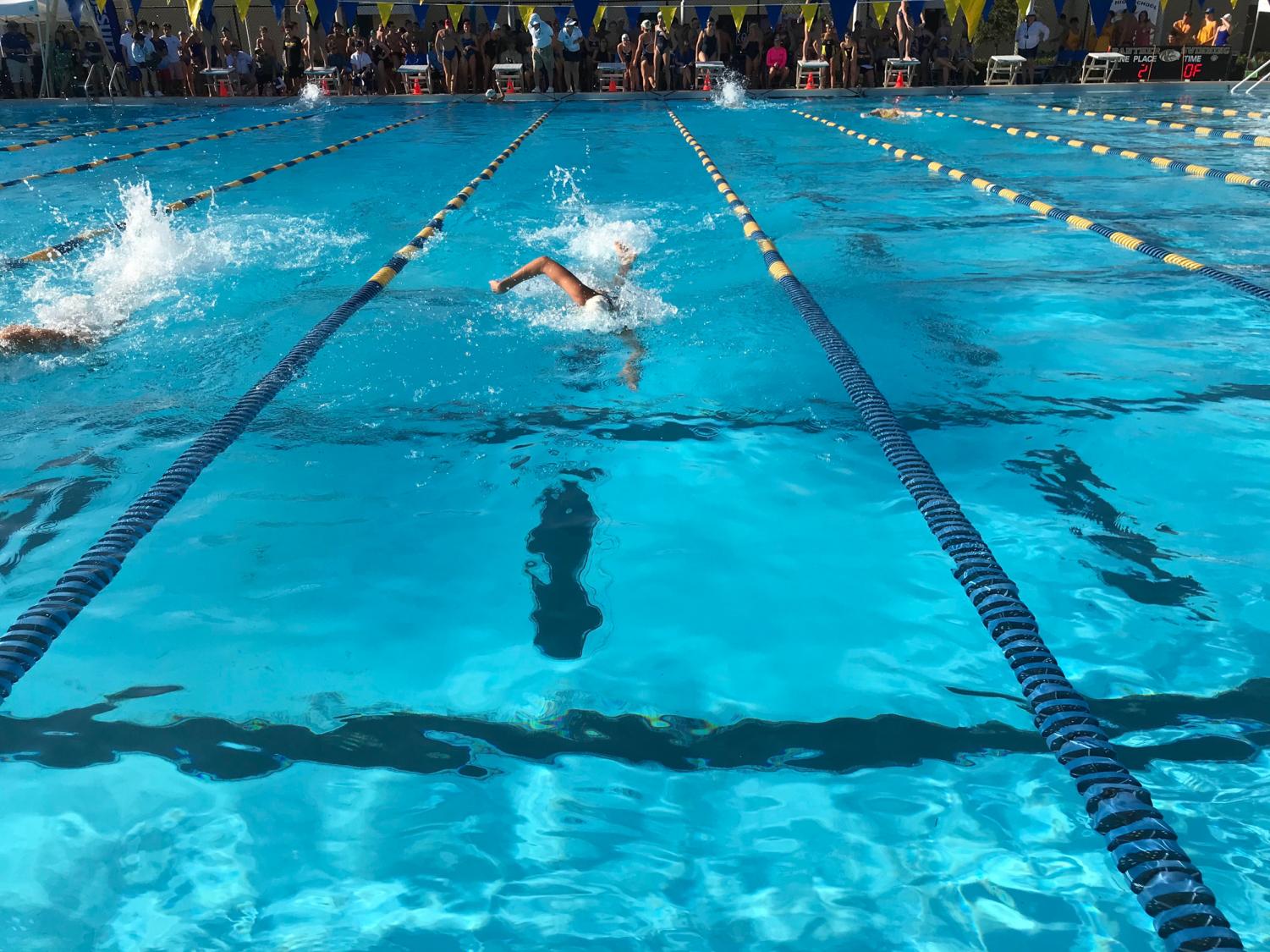 An Academy swimmer competing in a FreeStyle relay.

On Saturday, Sept. 7, the Academy and Jesuit’s swim team competed in City Relays. Every year Tampa Bay’s City Relays is held at Bobby Hicks Pool.  Last year the Academy was able to win, and they hoped to come out on top this year. While the Academy put up a tough fight, they placed 2nd. 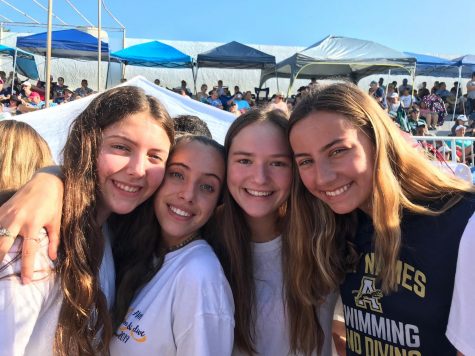 Photo Credit:Maria Alvarez/Used with permission
Elle Amoriello (‘22) said, “It is a lot of fun to spend time with your team and cheer on those who are swimming.”

Every year several schools from the Tampa Bay area compete, such as, Academy of the Holy Names, Berkeley Preparatory School, Steinbrenner High School, Wharton High School, and Tampa Catholic High School. In total there are more than 22 schools that attend. All of the swim teams from the many different schools competed in different relay races.

Margaret Lavery(‘22) said, “This is my first year on the swim team. I have enjoyed being on the Academy swim team. I am not swimming at City Relays, I am gonna go and support the team. I am excited to see what happens, there are some really great people on the team.” 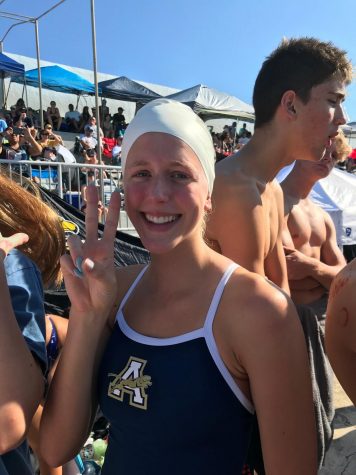 Photo Credit:Maria Alvarez/Used with permission
Emmie Drell (’22) said, “I was bit scared going into City Relays, but it was so much fun and always a good bonding experience.”

Although only the best swimmers are able to compete, the entire team went and supported. The team was able to have fun and enjoy rooting each other on. 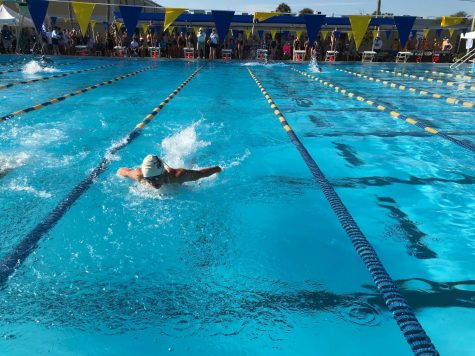 Shelby Drinkwater(’22) said, “City Relays was kind of like a kick off for high school swim. I think cheering on my teammates made us all closer together.”

The Crew Team Competes In The Head Of The South