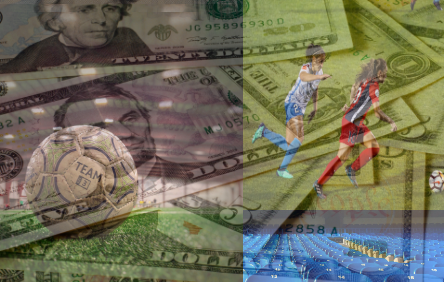 Between the years 2016 to 2018, the men and women’s soccer teams generated about the same revenue. In 2016, after the World Cup, the women’s team generated $1.9 million more than the men. (Photo Credits: Alexa Fredericks/ Achona Online/ Piktochart)

Between the years 2016 to 2018, the men and women’s soccer teams generated about the same revenue. In 2016, after the World Cup, the women’s team generated $1.9 million more than the men.