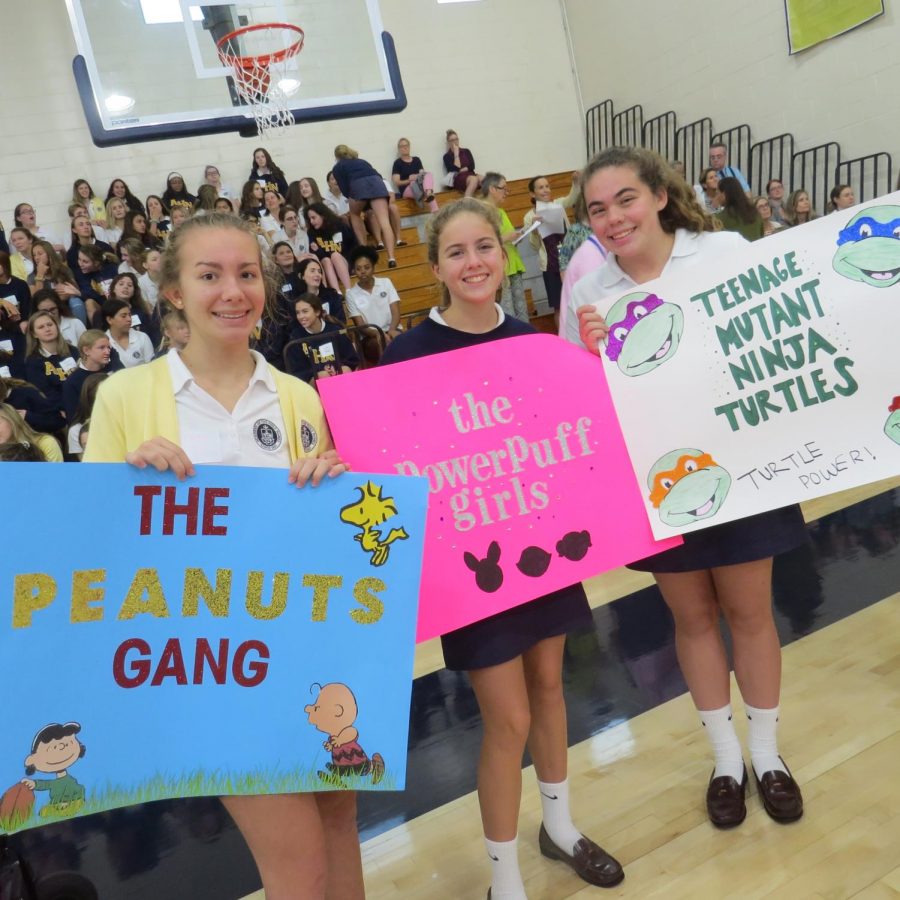 The personality questionnaire asked about extracurricular activities, on a scale from one to ten how introverted or extroverted a student is, and what each student likes to do in their free time.

Members of Academy’s Teen Leadership Council (TLC) have worked diligently during the month of October, preparing to introduce the students of AHN to their new families. The purpose of these families is to connect students between grades outside of sports and extracurricular activities. The families can range from having 10 to 14 members. With every family, there is an extended family. In total, there are 84 AHN families.

Moderator of TLC, Emily Pantelis, shares some insights about the process saying, “It took two weeks of morning, noon, and night- literally night-sometimes till about midnight. It also included weekend work. The reason why it took so long was that it was a pretty tedious process. First, we pulled all of the surveys that were submitted and we used those surveys to start a general match.”

“We had people on the committee that represented each grade level. They helped tell us more about the girls that were in the grade so that we could try to find commonalities between the different family members,” says Pantelis.

The large number of students at Academy brought a few challenges to the committee when forming the families.

“We would come upon someone that would fit really in two groups and we’d be torn about who we would want to put in which group,” Pantelis said.

The long hours of work all led up to Convocation on Monday Oct. 23, 2017. The 467 students of Academy were able to meet their new AHN families. They learned each other’s names, exchanged phone numbers, and created a handshake for their family.

“It was a fun experience. I feel very thankful that not only do I have all of Academy but I also have an individual family. We made up a really cool handshake,” says Gabriella Consalvo (‘20).

“I’m really hoping these families are something that last throughout the years. I hope that these families organically support each other, hang out with each other. I’d like for them to go support each other at sporting events, and curricular events. I’d love to have more events at school that are based off of the families, like sponsored lunches or another convocation,” Pantelis said.