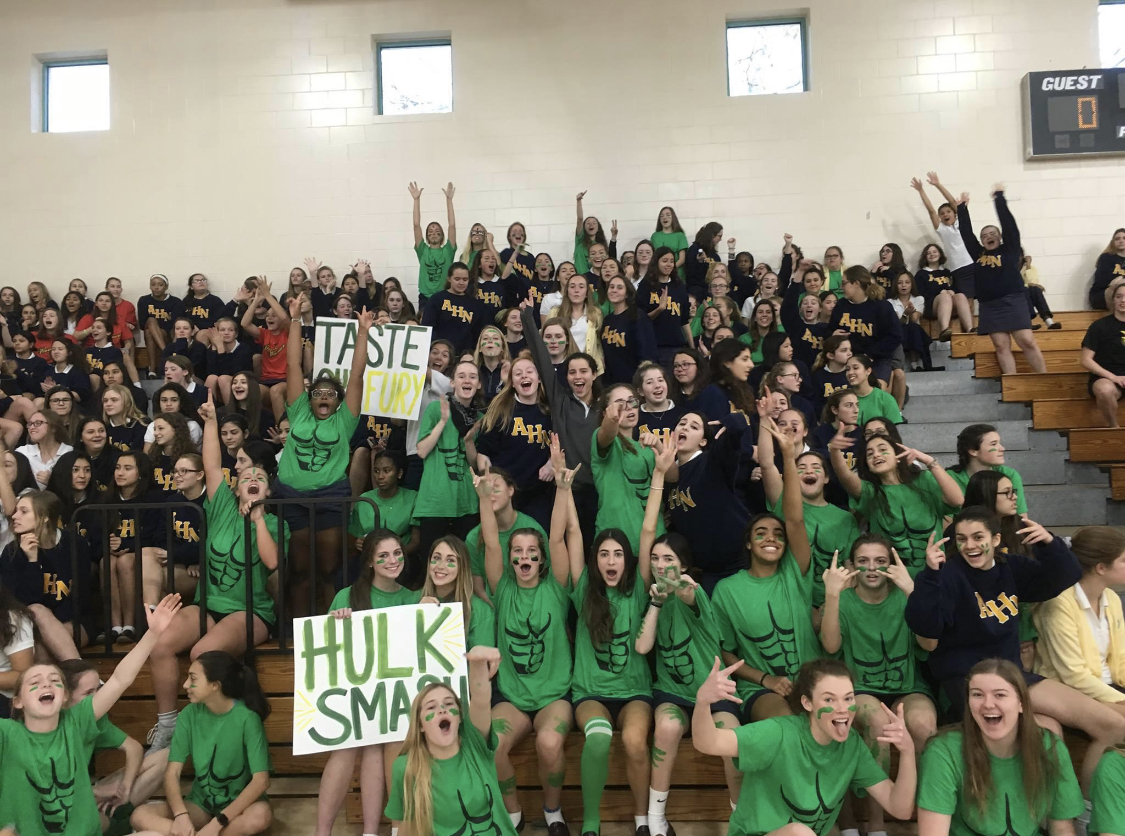 The Class of 2020 cheers at their sophomore year pep rally.

I’ve always been the kind of person who connects best with others through art, specifically music, so for my final senior story I wanted to do something that would be able to connect my class of 2020 despite some of the recent hardships we’ve had to face. I attempted to accurately assign everyone a song, something that reminds me of them or a song whose energy I think they embody, and after much thought and consideration this is the list I came up with.

Sophia Arnold: “Kids in America” by The Muffs (From the “Clueless” soundtrack)

Madeline Brooker: “Most People Are Good” by Luke Bryan

Samantha Cuttle: “The Middle of the World” by Nicholas Britell (from the “Moonlight” soundtrack)

Emma Eaton: “Best Song Ever” by One Direction

Reagan Finch: “Girlfriend In A Coma” by The Smiths

Sarah Gonzalez: “Sunny Side Up” by Surfaces

Megan Hughes: “We Are The Champions” by Queen

Connor Jaap: “Hug all Ur Friends” by Cavetown

Ashley Mackinnon: “Thank u, next ” by Ariana Grande

Clare Mooney: “Someday” by The Strokes

Sarah Munera: “She Wolf” by Shakira

Olivia Perez: “You’ve Got A Friend In Me” by Randy Newman (From Toy Story soundtrack)

Dorothy Pickard: “The Best Day Ever” by Spongebob Squarepants

Claire Rogan: “Brass In Pocket” by The Pretenders

Georgia Ruffolo: “Walking On A Dream” by Empire of the Sun

Hannah Traud: “March To The Sea” by Twenty One Pilots

Ameilia Traviesa: “All My Friends” by Snakehips

Catherine Vande Brink: “Magic In The Hamptons” by Social House

Breanna Vanderleelie: “Do My Thang” by Miley Cyrus

Kylee Weathers: “Shallow” by Lady Gaga (from the film “A Star is Born”)

Olivia Williams: “The Hills” by The Weeknd

Sydney Wills: “When You Sleep” by My Bloody Valentine