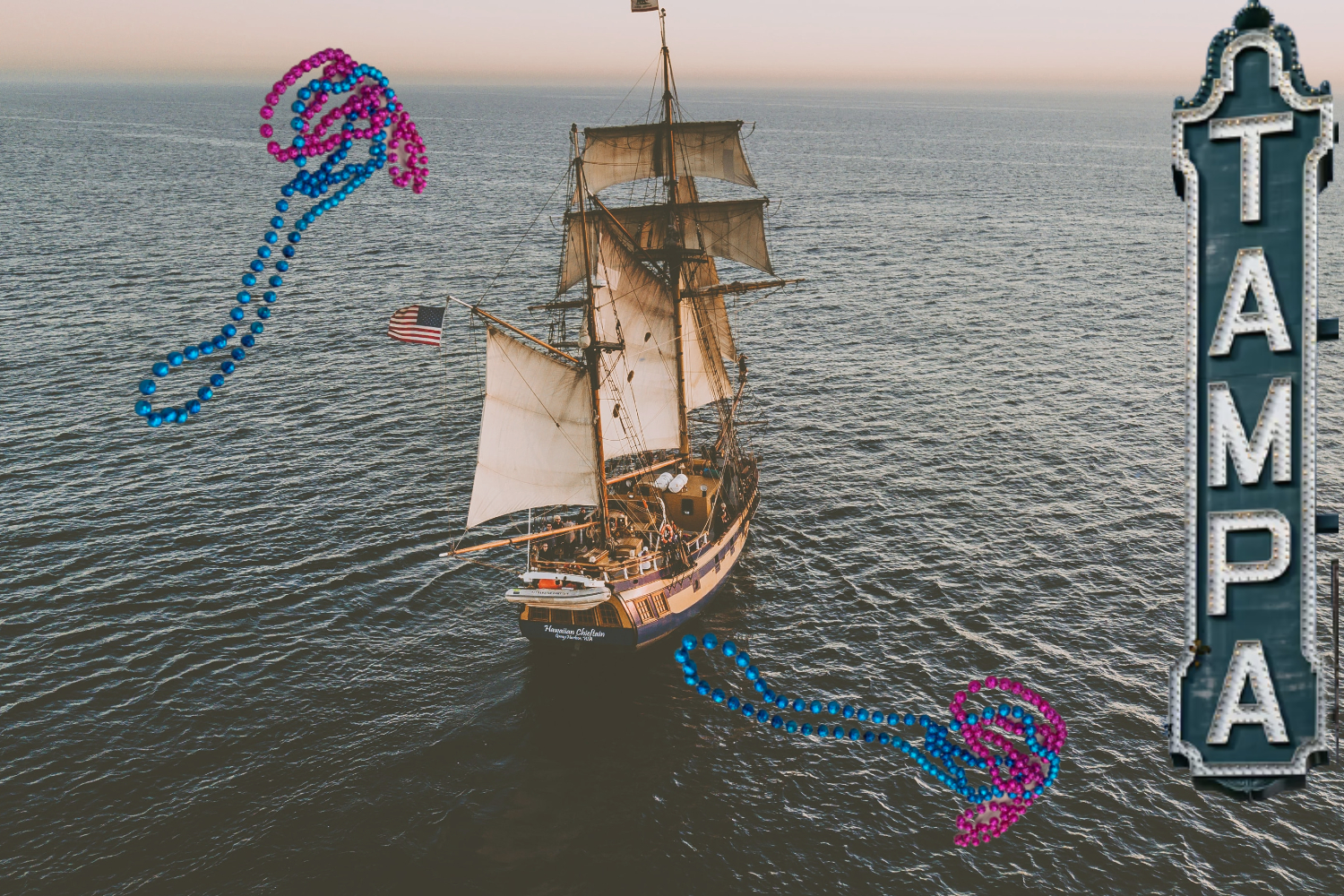 Tampa’s favorite holiday— the one with pirates, beads, and parties— is quickly approaching, and with it, numerous preparations. Including the Academy’s annual Gasparilla convocation. Each January, members of the Tampa Police Department come to the Academy to educate students about what the TPD looks for to keep everyone safe at the event, as well as warn of the consequences of illegal behaviors.

Gasparilla is just around the corner. Did you know that #teamHCSO has more than 500 people working the parades, #GasparillaChildrensParade and #GaparillaParade. #FactFriday pic.twitter.com/uR0rFmGM9S

This year, Tampa will be celebrating its 100th Gasparilla after last year’s was cancelled due to Covid-19. The adult parade will take place on January 29 and the float route will span 6.5 miles down Bayshore Boulevard. While local law enforcement has released statements about safety precautions to take on the day of, Academy seniors were joined by Officer Parker and Officer Pelletier of the Tampa Police Department on January 13 to learn more about how to stay safe during Gasparilla.

Officer Parker started with a brief overview of Gasparilla. She mentioned its history, route, the dates of different events, and the fact that 600,000 people attend the parade, generating around $80 million revenue. She then moved on to why she and Officer Parker were visiting Academy seniors that morning. She said, “There is no defense of ‘I didn’t know’ if you get in trouble. This is to give you guys an overview of what you can and cannot do.”

Officer Parker then displayed a chart stating how many arrests have occurred each year on Gasparilla and showed how that number has gone down significantly since TPD started visiting schools in Hillsborough County and giving this presentation. Specifically, she shared that 0 arrests have been made from private schools that received educational assemblies and only one arrest has been made from public schools that received educational assemblies.

What followed was a rundown of basic laws under three categories, all which there is a zero tolerance for on the day of Gasparilla: Quality of Life Issues, Disruptive Behavior, and Underage Alcohol Consumption. A major quality of life issue that was presented is drinking in public. The seniors were made aware that charges that can be handed out for this offense range from $75 to $450 for adults. For underage drinkers, getting caught consuming alcoholic beverages means getting sent immediately to jail. (Note: adults are those over 18, but if under 21, you will also be sent to jail if caught drinking, not just fined.)

Officer Parker said, “It’s a busy day for us, we’ve got a lot going on, a lot of paperwork. I don’t have the time to stop what I am doing and call your mom. So, I send you to jail.”

Other quality of life issues that were mentioned include carrying an open container, public intoxication, and disorderly conduct. Actions that fall under the “Disruptive Behavior” category were failure to use available Port-o-lets, fighting, property damage, and trespassing.

False Identification was also addressed at convocation. “Once you give a fake ID to a police officer, it’s a felony,” said Officer Parker. She then went on to explain what occurs once arrested. You will be held in a holding cell and because of the high number of arrests that occur on Gasparilla, it may take twice as long as it normally would to be released. If under 18, you will be held, transferred to the juvenile detention center, and then released to your parents. If over 18, you will be transferred to booking and then processed and given bond along with a court date. Driving Under the Influence charges were also mentioned with the warning that it is extremely expensive- $42,250 for a first time total.

Towards the end of the presentation, Officer Parker did mention some tips to make the day enjoyable. She recommended planning in advance, pin-pointing a meeting place with your group, and to be careful about not only what you are drinking but who you get your drinks from. She added for those over 21 to only purchase alcohol from vendors on the parade route due to the fact that no coolers, kegs, or open containers are allowed. The “See Something, Say Something” factor was also mentioned in order to remind Academy seniors to be aware of their surroundings and report any suspicious activity.

Officer Parker concluded in saying, “We want you guys to go and have a great time, just try not to get yourselves hurt or arrested in the process.”