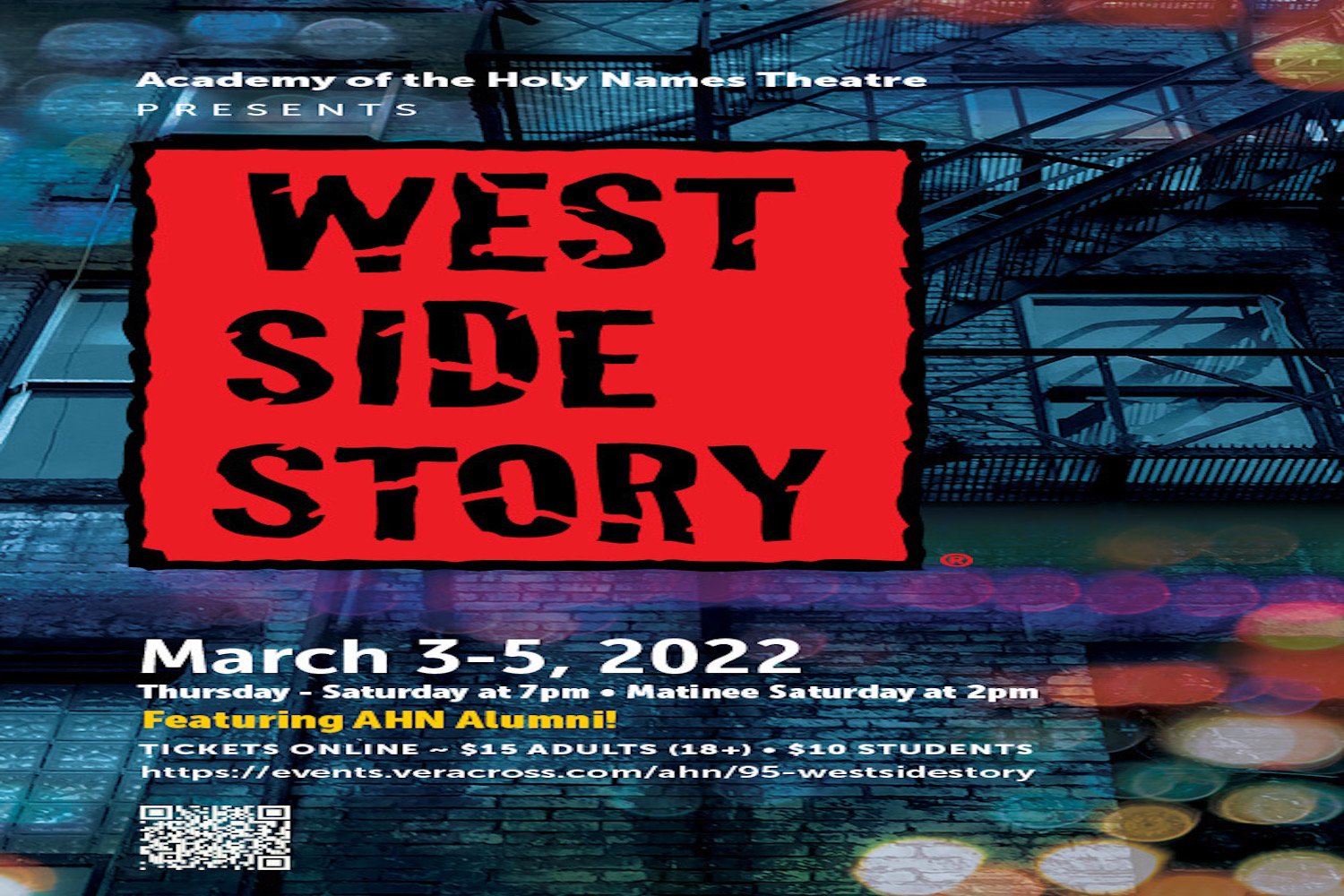 West Side Story Premieres This Thursday

The widely acclaimed musical, West Side Story is coming to the Academy starting March 3 and will run through March 5. In their four-show production, students will explore the rivalry between the Sharks, from Puerto Rico, and the Jets, a white street gang, and a budding romance between Maria and Tony, who are from opposite gangs.

Since September, Vivian Kimbler, director, and teacher at the Academy has been leading rehearsals for her cast of over 30 people. A stage crew of roughly 15 students will also be helping with scene changes and props.

Kimbler said, “Rehearsals have been going well! Nothing is as fun or more rewarding than live theatre, and AHN Theatre is BACK!”

Senior Bethany Masiello will play Maria, the lead female, and Elijah Zurek will play Tony, the lead male role. Students from all different grade levels have been working diligently to perfect their lines and musical numbers. As the show is nearing opening night, the actors and actresses are putting approximately three hours each night into rehearsals.

Freshman Kenzie Cappy said, “It’s a lot of commitment, but it’s worth it to watch the musical all come together. In the most recent rehearsals, we’ve been running scenes over and over and over until they’re perfect, and focusing specifically on blocking and energy to make the show come alive. I know this show will be great – [the actors playing] the main characters are crazy talented and true role models.”

For those wanting to support the Academy art program, tickets are available for purchase on Veracross. Prices for adult tickets are 15 dollars and 10 dollars for students.