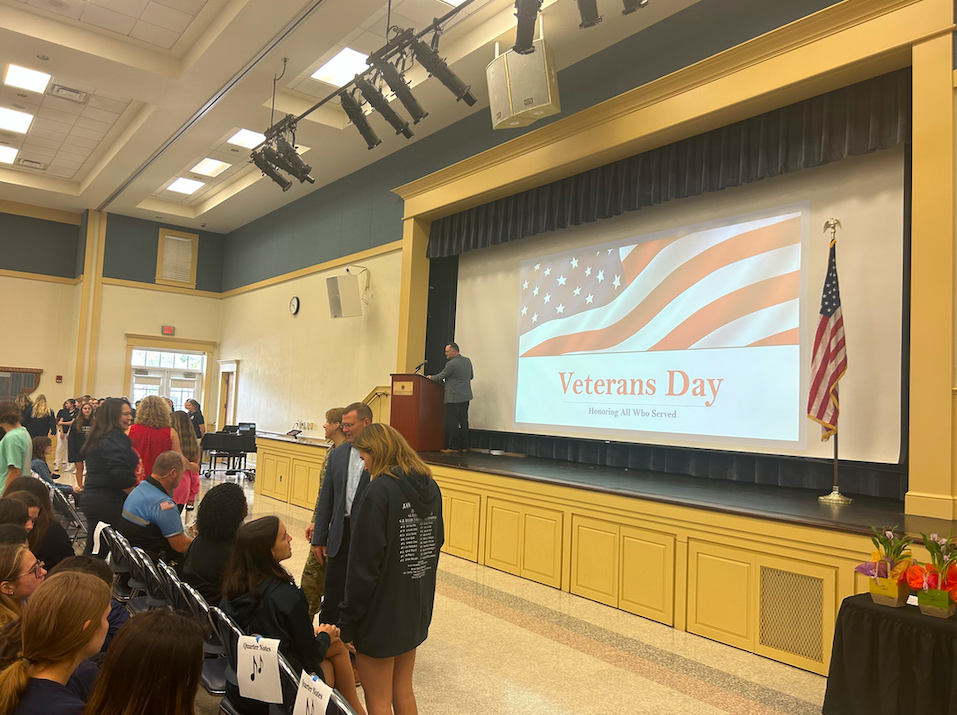 The presentation for AHN’s convocation to celebrate our veterans.

This Friday, Academy hosted a convocation to honor Veterans Day.

“My grandfather was a part of the United States Navy and has always loved Veterans Day. My family loves to recognize his bravery and it makes him very proud of his service,” said Effie Tillack (‘23).

Many girls at the Academy have parents or grandparents who served in a branch of the U.S. military, and recognizing them is very important. Whether it was the Air Force, Army, Navy, or Marines, these men and women showed great bravery and deserve to live a life where they are appreciated for their work.

“My dad served in the Air Force and he recently retired. He now works at the MacDill air force base, but when I was a student at St. Mary’s he would come and speak at the annual Veteran’s Day assembly, and it made me really proud to be his daughter,” said Lauren Brown (‘23).

This day is meant for civilians to express their gratitude for the service of veterans. Students and youth in particular can look up to and learn from the bravery and patriotism of veterans. It could also encourage students to go on and join a branch of the US military.

As a federal holiday, many places of work take the day off as a tribute to the service that has been done to our country. Two minutes of silence is a typical ritual at veterans’ assembly services or chapels, to appropriately recognize the soldiers who have passed over the years.

This convocation opened many students’ eyes and educated them on the bravery that comes with being a soldier within the U.S. military, raising awareness and pride to celebrate their relatives on this day. At the convocation, the Academy welcomed Lieutenant Colonel Christine Rhyne, the mother of an Academy middle school student and working in logistics at MacDill Air Force Base. Academy students learned about the branches of the U.S. military, the opportunities from ROTC, and the bravery that is needed to be military personnel, all from a local AHN mother, who was enlisted in the U.S. Air Force through ROTC and now works in reserved services at MacDill Air Force Base under US Special Operations Command.

“I really enjoyed the convocation this morning, I did not know much about the U.S. military, and I also did not know that some of my teachers were veterans. The speech was very informative and I am happy we got to celebrate all those who have served our nation,” said Lily Hayes (’25). 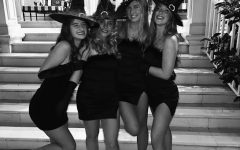