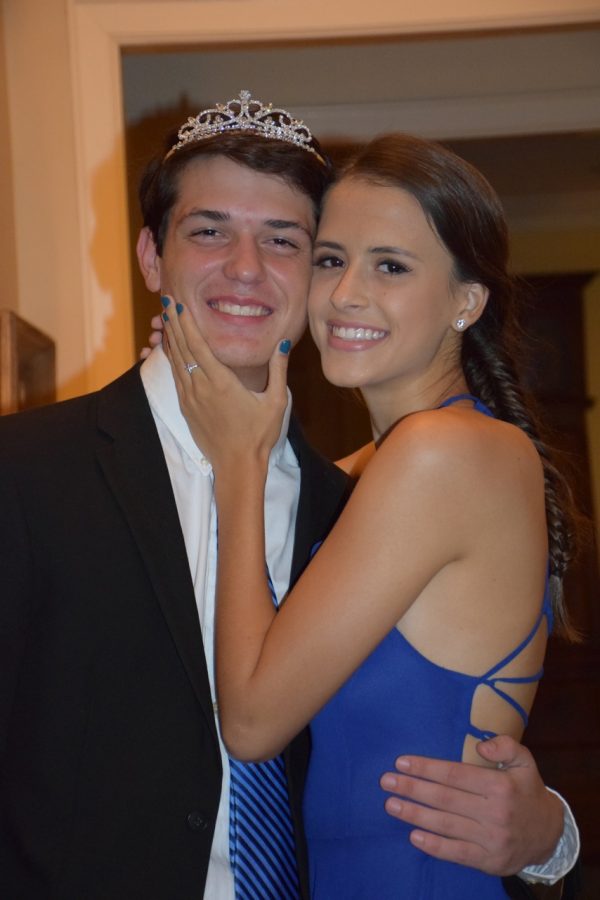 Every year, Academy girls compete to be Jesuit’s Homecoming Queen. To be Homecoming Queen, each girl must complete an application, be chosen by Jesuit’s Student Council to be on Court, and then eventually be win the votes of the Jesuit student body.

This year’s candidates had many more obstacles than in previous years. Though all the six of the girls running immediately made it on the court, that did not mean winning Queen would come easy to them. With Hurricane Matthew on the way, the Homecoming Game had to be moved from Friday, October 7 to October 14, which was after the Homecoming dance. This being said, the girls on Court already knew who won Queen when they went into the Homecoming Game on October 14.

Achona: Were you nervous about not knowing if you won or not when you went into the dance?

Devin Folkman: No, I wasn’t nervous. Instead of walking into the dance calmly, I got really hyped up and started screaming to all the people around me at the dance. It made walking in more comfortable.

A: What was your favorite part of the process of running?

DF: The waltz class. It was really fun. It was at a very nice place and when we walked in people were dancing the tango. It was fun because we switched partners and it was funny because everyone would mess up.

A: How do you feel that the Homecoming Game is after Homecoming, meaning everyone already knows who won?

DF: I am bummed because now that they have already announced who won at the dance, all your friends and family couldn’t be there with you when you found out who won. I am still excited for it though because it’s a tradition.

A: What advice do you have to girls who are thinking of running in the future?

DF: Don’t be scared because even if you don’t win your Academy sisters are there for you. Winning isn’t everything.

Folkman’s friends and family were so excited she won and the other girls on Court were thrilled for her as well. Folkman’s best friend, Alyssa Muir, even tweeted about how proud she was that Folkman won.

Big congrats to my best friend on winning homecoming queen 🙂 so so happy for you, you deserve it!!💗 pic.twitter.com/6bWishZk7z

Folkman is proud to be Jesuit’s 2016 Homecoming Queen and wouldn’t trade the experience for anything!