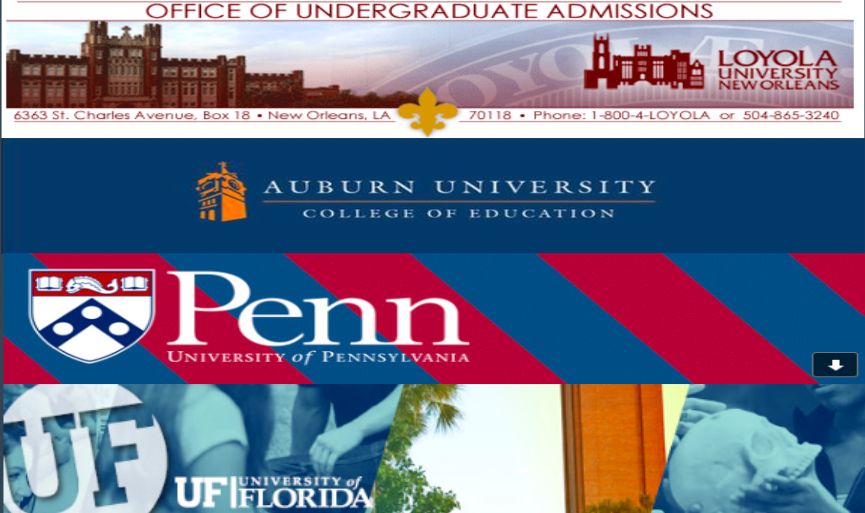 For students who do not necessarily like the timing of the EA/ED decisions, Beth Chase says, “I think that that is a decision you make on your own.”

Many seniors have already been admitted to various colleges by applying to universities with rolling admission, an admission option that allows that student to receive a decision just a few weeks after submitting the application. One student, Khalea Armstrong, has already received acceptances to Eckerd College, Alabama, and Loyola New Orleans.

Other students found that their schools did not offer rolling admission and have been anxiously awaiting the Early Action/Early Decision results. The deadline for applying to most EA/ED schools was November 1. These decisions started coming out this week, and will continue to be released up until the new year.

Not only are many of these students stressed about the results, but many also reflect on the poor timing. For instance, Tess Jakubiec said, “I have already received an acceptance to Pace University, but I’m still really stressed because I need to be accepted into the dance program. If I hadn’t gotten in, I know I would have been really put down this week and that might have affected how I do on my midterms.”

Lissa Ogden, a senior who applied Early Decision (different than Early Action because acceptance is a binding agreement to attend the university) said, “It’s definitely going to determine the new year for me. I could go into 2017 with my future as I imagine it, or it could be totally unpredictable. I’m already nervous, and it’s going to get more intense as I get closer to the decision date.” Ogden will receive her results on December 30.

The senior class has been thinking about applying and attending college as a hypothetical since they entered the Academy in 2013. Now with many students actually receiving decisions, the reality is seeping in.  Gabbie Ragano said, “Knowing where I’m going to go to school is very scary since Academy is all I’ve ever known, but I can’t wait to start this new chapter of my life with new people and in a new place. I can’t wait to find out where that place is going to be for me.”

With almost all Regular Decision (the last chance to apply to a school) deadlines at the beginning of January, seniors may begin to feel relief with the knowledge that they have done their part and the decision is out of their hands.