Uniform Checks Being Implemented in Homeroom 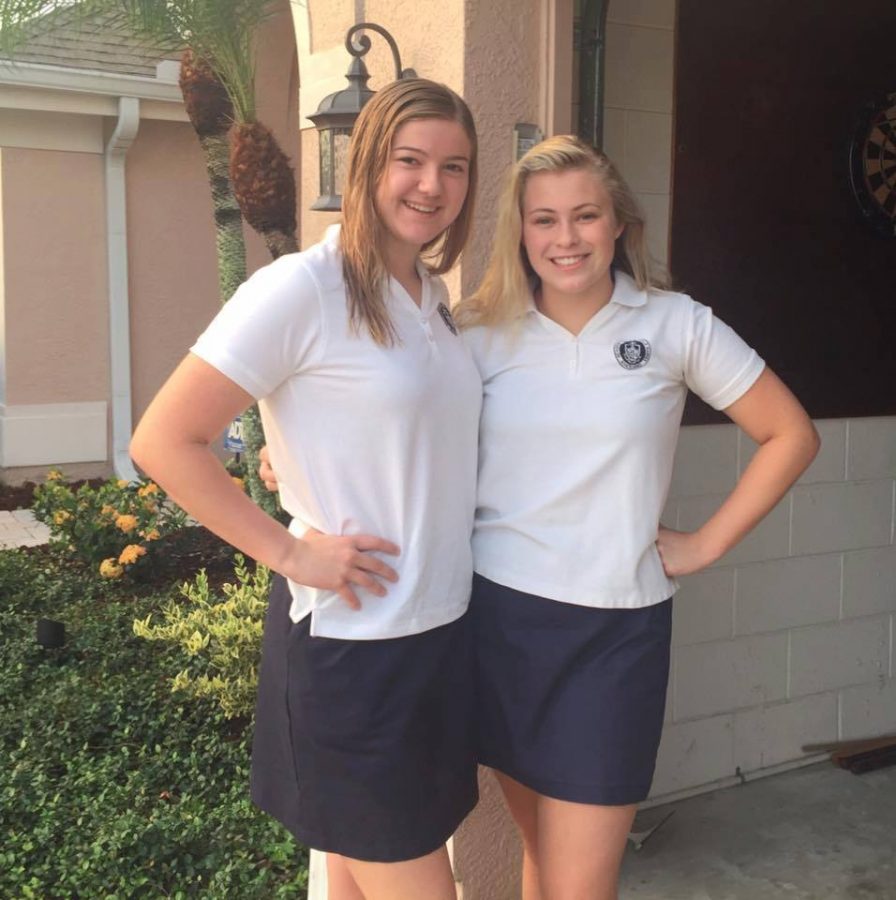 Credit: Laura Henry (used with permission) Uniforms that are clean at the start of the year can get dirty and ruined through art classes, normal wear and tear, or even stains from food.

Starting Tuesday, January 17, homeroom teachers will be doing random dress code checks. These checks are being implemented to ensure the girls look their best every day at school. According to Assistant Principal, Erin Krukar, “we will be starting out with these checks at least twice a week in homeroom and once we see that our concerns are being addressed, we will probably have the checks become more random. It all depends on how students respond and how many violations we continue to see.”

The decision to have uniform checks was made by the high school administration due to issues the faculty has been seeing pertaining to uniforms.

Most Academy girls wear the same uniforms throughout all four years of high school. By the time the girls are seniors or sometimes even before senior year, their uniforms can be in sub-par condition. Shoe violations will now be given out as part of the uniform checks, meaning if shoes have holes in them or are visibly damaged, a new pair will need to be bought.

Senior Domenica Howard says, “I don’t want to buy anything new since I only have four months left. I wish they would have done the uniform checks starting first semester instead of second semester.”

The violations will result in a detention after school. Students will not be given a warning after the announcement has gone out. After three violations, a parent will be called to discuss the multiple violations.